Posted on Tuesday 3 February 2015 by Gareth Prior

12 months ago today saw the final normal passenger runs of a Manchester Metrolink T68 when 1007+1022 (working as a double unit) failed on the Bury-Altrincham service halfway through the day. In the final part of our mini Scenic T68 series we feature a view of one of those vehicles to run on that last day: 1022.

1022 arrived in Manchester on 5th March 1992 and was first used in passenger service on 27th April 1992. Over the following nearly 22 years it would be fair to say that the LRV didn’t actually set the world alight with ground breaking events although it was used as for an interior layout trial in 1995, although evidently this was not deemed a success but its unique seats live on inside preserved 1007. It may have run its last journeys on 3rd February but is official withdrawal did not take place for a further week. The vehicle departed Trafford Depot on 8th August but unlike 1013, which went for scrap, 1022 remains secure for now as it is part of the UK Tram test fleet based at Long Marston. 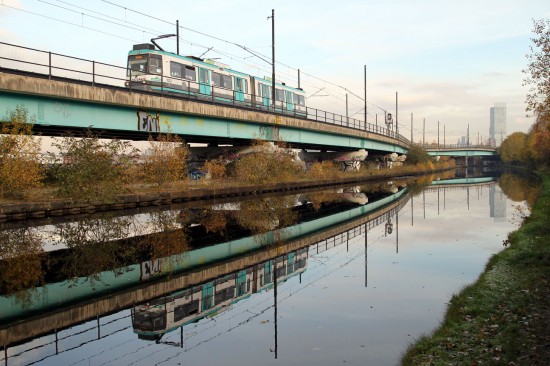