Posted on Monday 2 February 2015 by Gareth Prior

The second LRV to feature in this short series commemorating the first anniversary of the withdrawal of the last of the T68s is 1013 which was last used in service on 2nd December 2013.

1013 was originally delivered to Manchester on 30th January 1992 and was used in passenger service on the first day of running, 6th April 1992. Probably its biggest claim to fame actually came before Metrolink opened to the public as in March 1992 it managed to derail on the pointwork on the approach to platform B at Victoria, although no major damage was suffered. Having been withdrawn at the start of December 2013 the tram was moved to Trafford Depot from where it was collected by Allely’s for scrapping during the first week of September 2014. 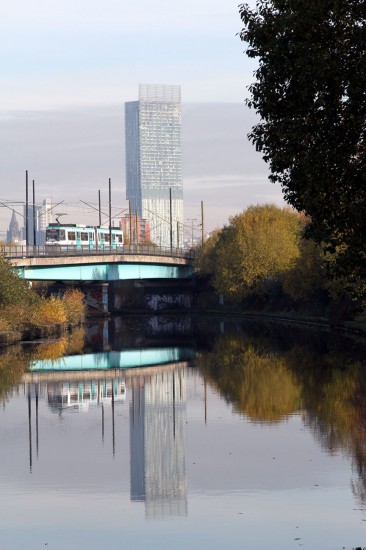 This entry was posted in Manchester Metrolink, Scenic T68s. Bookmark the permalink.