Progress is continuing in Birmingham City Centre on the construction of the short extension between Snow Hill and New Street railway stations, which is due to open during 2015. On 19th November Ken Jones paid a visit to the city centre to see the latest progress and as these photos show most of the track work and points have now been installed on Bull Street. 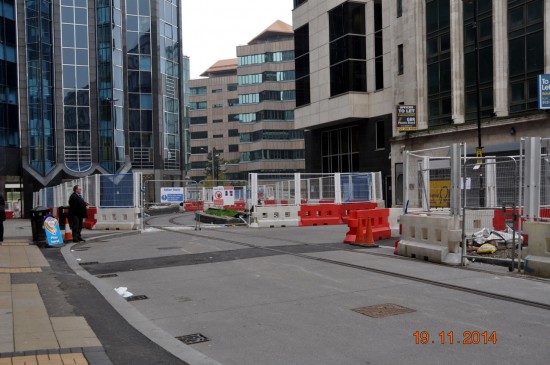 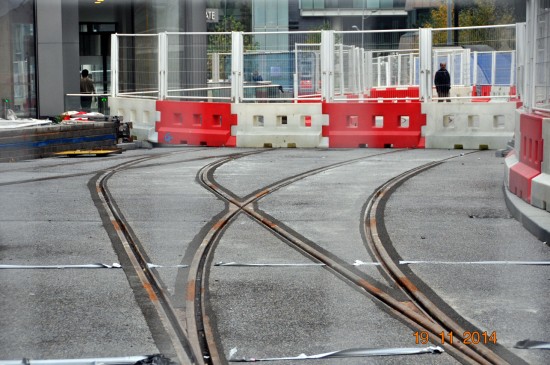 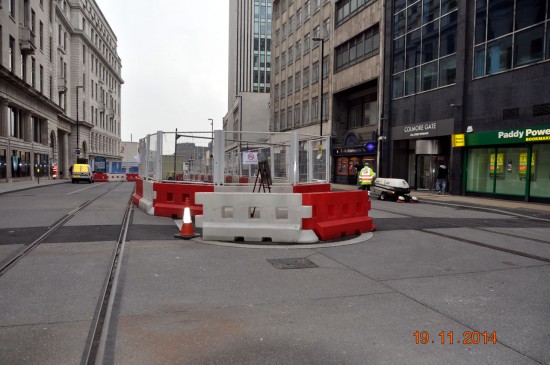 Three views showing trackwork in situ with the top surface completed as well. 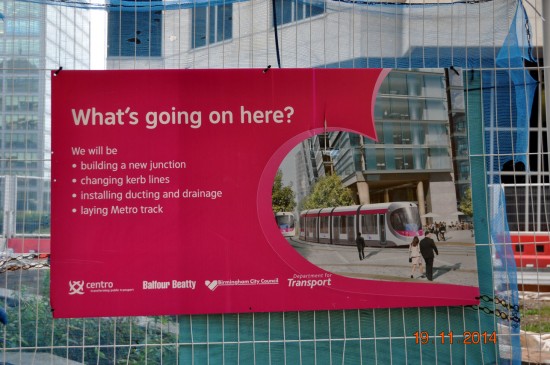 Notices are also in place around the City Centre to let the public know just what is going on. (All Photos:Ken Jones)