It’s getting darker, colder and keeps on raining and there are hardly any heritage trams to ride on – not much to look forward to for the next few months then? Wrong! Although we have now entered the off season for many of our heritage trams there is still the chance to ride on trams at Beamish, Birkenhead, Heaton Park and Summerlee whilst Seaton will be welcoming a man in the red suit ahead of Christmas with limited opening following that. This one stop guide will help you find out just where you can get your tram fix over the next few months…

Since this article was originally published it has been updated with information for Birkenhead, Blackpool and Heaton Park.

Operating hours: Services run from Taylor Street Museum at 13250 and then every half hour until 1620, returning from Woodside Ferry at 1305 until 1635. The last possible return from Woodside is 1605.

Details: Western Train 733+734 will be stabled at North Pier between 1000 and 1530. Following Santa meeting the children the Train will run one special trip departing North Pier at 1600.

Operating hours: 1200-1600 using at least one tram. The Museum display is closed.

The information provided above is given in good faith and is correct to the best of our knowledge. We are reviewing the future of this feature and would like to hear any views on how it could be improved by email at gareth@britishtramsonline.co.uk 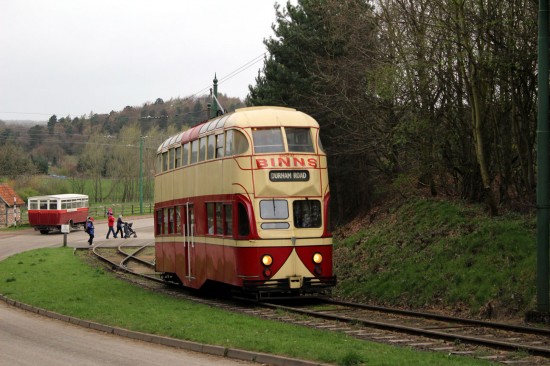 One of the mainstays of the winter fleet at Beamish looks set to be ex-Blackpool Balloon 703, now more commonly known as Sunderland 101 in its new life. It is seen here about to climb Pockerley bank on 23rd March 2014. (Photo: Gareth Prior)