In Pictures: Starlight Specials at Crich

The swansong of a successful 2014 season at the Crich Tramway Village was the week long Starlight Specials which saw much of the Museum site specially lit and a regular tram service employed after dark – a rare chance to see the home of the National Tramway Museum during the dark. In a photo special we bring you a selection of official photos from Crich Tramway Village showing the Museum during this end of season event.

A night-time scene at the depot on 29th October showing the diverse nature of the national collection. 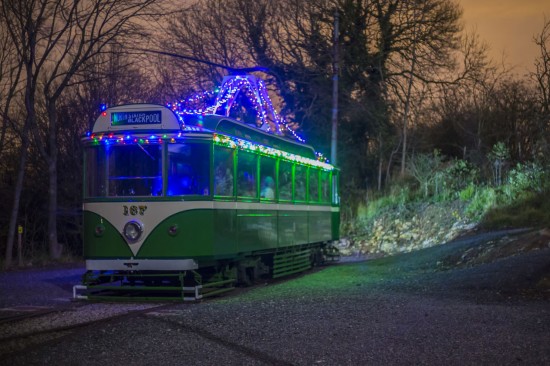 One of the highlights of 2014 at Crich has been the possibility to alight at Glory Mine for the first time. In this view, taken on 1st November, we see Blackpool 167 at that very location whilst carrying illuminations for the event. 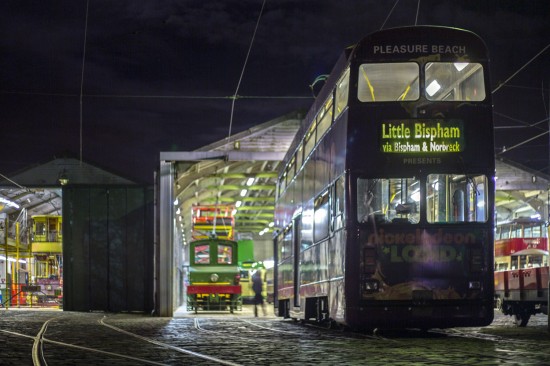 Blackpool 762 stands outside the depot building with the Blackpool Electric Locomotive looking on. 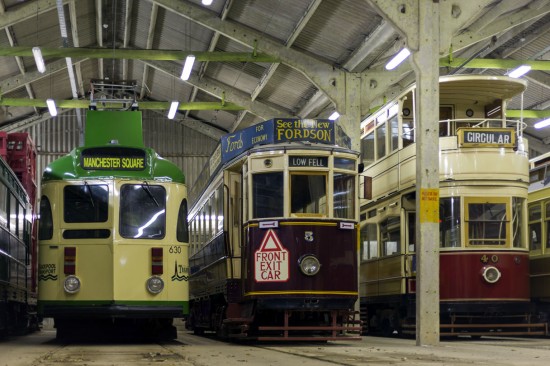 A view inside the depot with two contrasting single deckers in Blackpool 630 and Gateshead 5 joined by Blackpool 40. (All Photos courtesy of Crich Tramway Village)