Grimsby & Immingham 26 back in action

Pleasing news from the Beamish Museum tramway concerns Grimsby & Immingham 26 (alias Gateshead 10) which is now back in service on a restricted basis following several months of inactivity. The tram was noticeably absent over the summer season due to worn tyres, but this period of storage has allowed it to be retained as an emergency reserve car which is now being used at exceptionally busy periods now that the cooler autumn days are upon us.

26 is primarily expected to be used in connection with various evening events at the museum, and it has already run for the recent Halloween events which remain as popular as ever, with all tickets being sold out this year, as is the norm with this event. With only three enclosed trams currently in the main operational fleet at Beamish, 26‘s temporary return will be a welcome boost for some of the busy winter days and nights in the weeks ahead. The car is still expected to receive fairly extensive workshop attention in the future with work on its bogies and a full repaint back into Gateshead livery on the cards.

Meanwhile, the much-delayed overhaul of Sunderland 16 is finally nearing completion with work on the truck almost complete; this tram is expected to be back in service over the winter. Intensive work can then be focussed on the major rebuild of Sheffield 264 with its truck due to replace 16‘s in the works for dismantling in the near future, whilst work should also begin on the upper deck. The museum still hope to have 264 operational next year which will certainly be something to look forward to, and should also relieve considerable pressure from the other trams which have worked extremely hard this year due to the reduced operational pool available. 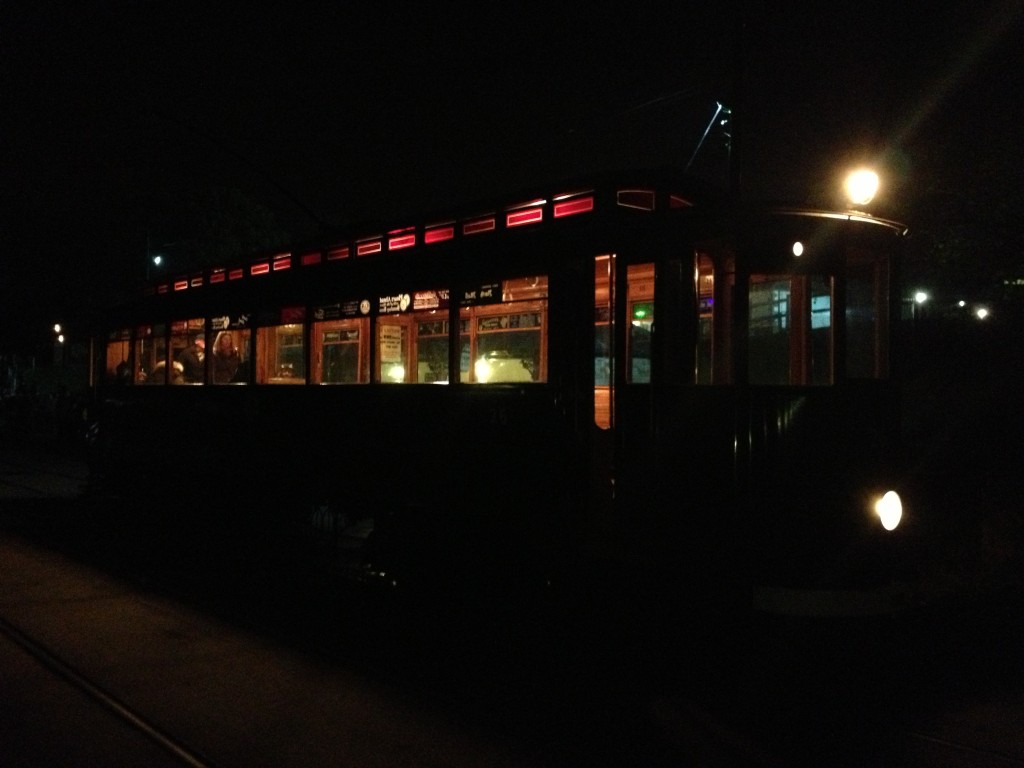 The saloon and end lights of Grimsby & Immingham 26 create a delightful glow as the tram makes a rare appearance in passenger service at Beamish Museum during an evening event for Halloween. (Photo courtesy of the Beamish Transport & Industry Blog)