Just one day after the Crich Tramway Village re-opened for the 2014 season, it was the turn of the Heaton Park Tramway in Manchester to resume operating for another year. Sunday 30th March also marked the start of the Great British summertime with the changing of the clocks, and this was very much in evidence on what was a glorious spring day, encouraging many people to visit the park and enjoy a vintage tram ride.

The first passenger journey of the year was performed by Blackpool Vanguard 7, making what was expected to be its last ever outing before being renumbered as 619 again. This was also the tram’s first use in service since 2011 and it proved as popular as ever, carrying a few full capacity loads, no doubt thanks to the fine weather. The more familiar Blackpool Brush Railcoach 623 was also in traffic throughout the day, although perhaps unsurprisingly 7 was the more popular car of the two with passengers. In addition, the resident works car Blackpool 752 was stabled in front of the new Lakeside Depot (which was, incidentally, being used as the main running shed for the first time in history with both 7 and 623 emerging from within during the morning) for most of the day, whilst Manchester 765 was posed on the approach track to the original tram shed.

Despite a slow start, the tramway was very busy on this day which got the new season off to a fine start. The museum gift shop was also well patronised during the day, with your writer’s new book ‘Blackpool Trams – Where Are They Now?’ now in stock and selling particularly well (hey, I haven’t plugged it for a while!). Hopefully this day bodes well for what should be a highly successful year for the Heaton Park Tramway. 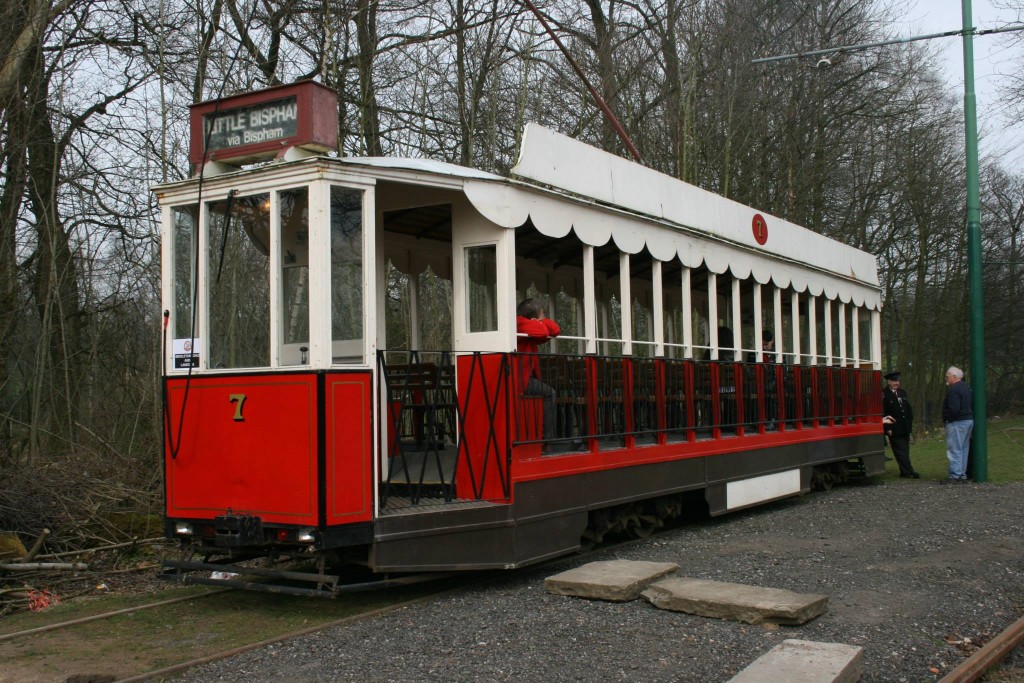 Welcome back 7! The replica Vanguard takes a breather at Lakeside on its first day back in service for 2014, looking remarkably well considering its lengthy period of outside storage. 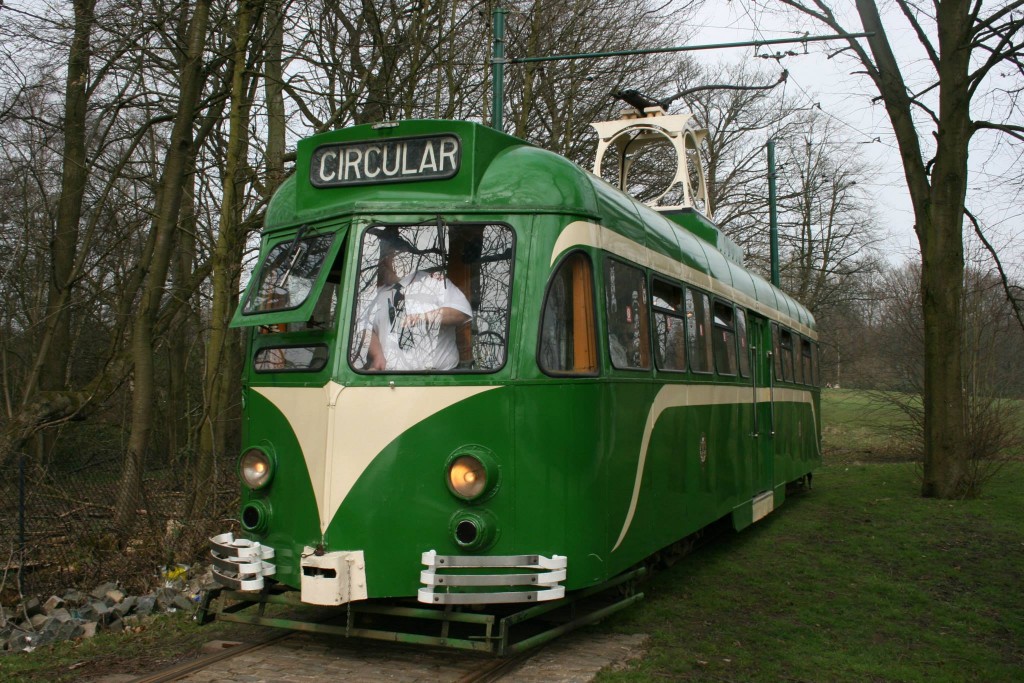 Also in service on 30th March, Blackpool 623 is shown arriving at the Lakeside terminus. (Photos x 2 by Chloe Pitcher) 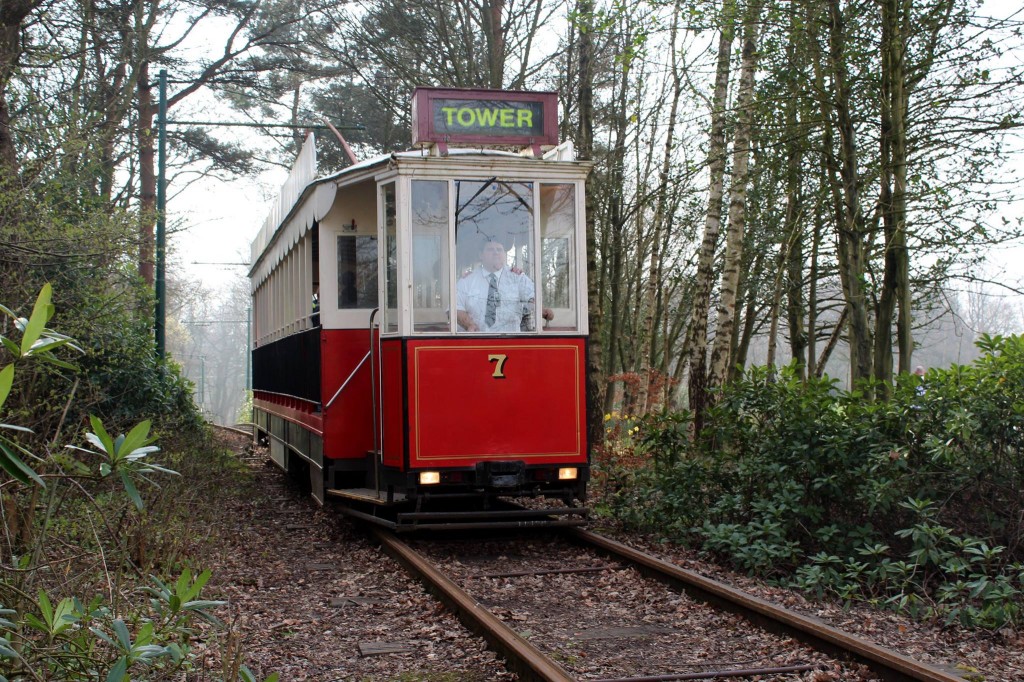 Another view of car 7, this time trundling through the short wooded section of line between Whitegate and Lakeside. 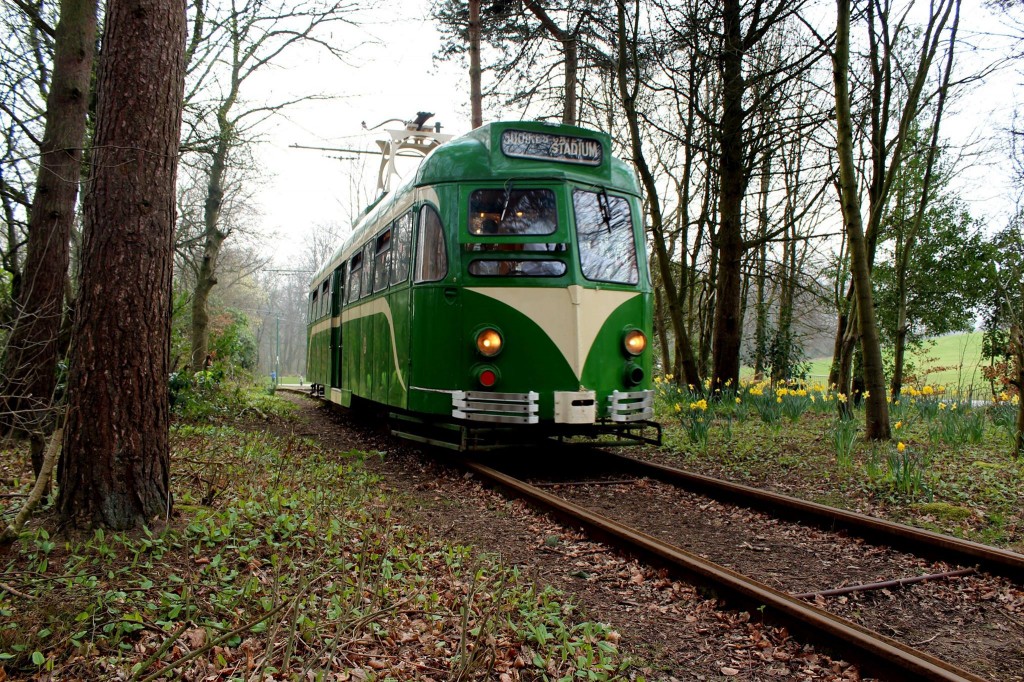 Another glorious spring scene with 623 heading for Lakeside after its winter lay-off. (Photos x 2 by Joe Savage)