Up close and personal with… Blackpool ‘Boat’ 606

Today on British Trams Online, we have some fantastic photos of a tram which very rarely gets a mention on this website – Blackpool ‘Boat’ 606. For those not already aware of 606‘s story, the tram was shipped to the USA in September 2000 as part of a swap deal which allowed Standard 147 to return to Blackpool for a full restoration to working condition.

606 initially moved to Trolleyville, but since this attraction was closed down for good it has taken to travelling again.  Most recently the tram has found itself at the National Capital Trolley Museum, Washington, where it is in regular service proving as popular as ever. Last repainted in 1998, the tram retains the unique and attractive yellow and blue livery it carried during its final months of service in Blackpool – despite Trolleyville being supplied with sufficient green and cream paint to restore it to its original livery when they first acquired it! Shortly before leaving the UK behind, 606‘s modern windscreens were removed although the full handrails around the ends of the car have not been restored. Apart from this and the lack of a trolley tower (necessary due to the low height of the overhead wires), the Boat looks very much as it did when it last operated on its native tramway in the summer of 2000, and looks set to delight Americans and tourists in its new home for many years to come.

Our most grateful thanks to Tim McKechnie, for allowing us to publish these superb images for the enjoyment of our readers. 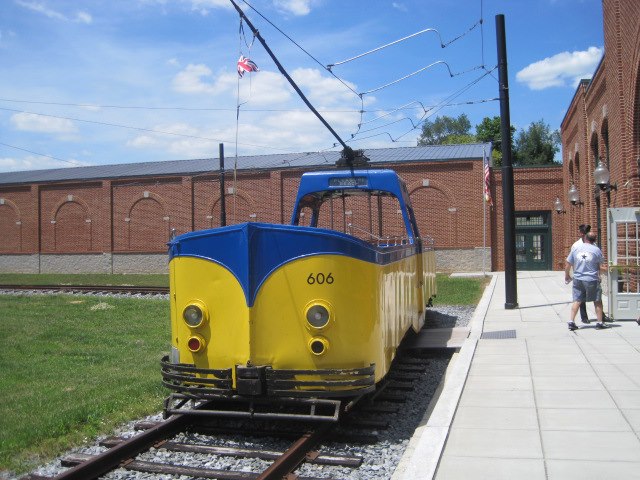 Glorious blue skies complement the sunny colour scheme of Boat car 606, seen during a pause between trips at the National Capital Trolley Museum. 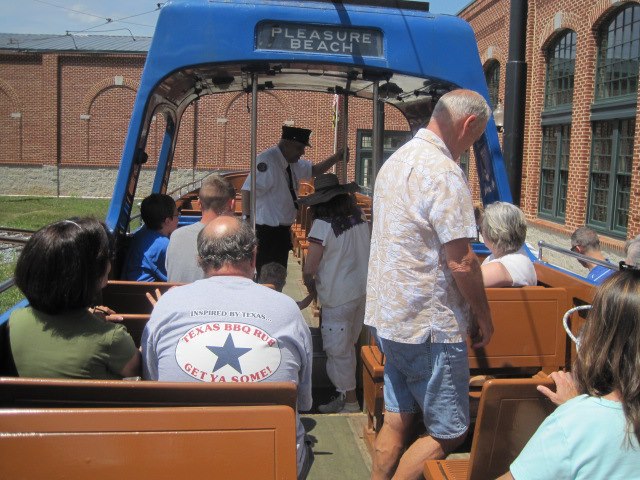 An interior view (if you can call it that) of 606, a sight that will be instantly familiar to fans of Blackpool's trams. Note the 'Pleasure Beach' destination, retained from its UK career. 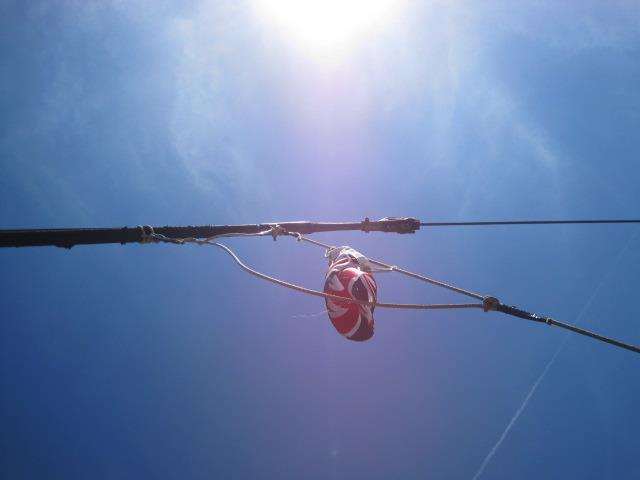 A look at the small flag hung on 606's trolley role. The Union Jack flag gives its passengers a clear insight into its British origins. 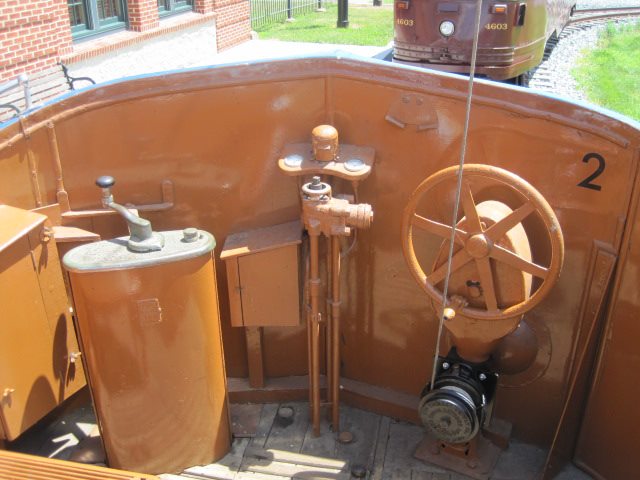 Finally, a close look at one end of Blackpool 606 with the driving controls. Note also the absence of any driver's windscreens. (All photos by Tim McKechnie)

This entry was posted in Trams Up Close. Bookmark the permalink.

2 Responses to Up close and personal with… Blackpool ‘Boat’ 606