And then there were 10! Citadis 225 arrives in Nottingham

Nottingham Express Transit now has ten Alstom Citadis trams on site following the arrival of 225 late on Friday 7th March. The tram was unloaded the following day and joins its nine other sisters in Nottingham.

The Alstom Citadis trams for Nottingham Express Transit are being built in Barcelona, Spain before being transported across mainland Europe and then via the English Channel to the UK.

Regular driver training on the new trams is now underway on a seven day a week basis but this has so far been confined to the depot yard. Several night-time runs have been undertaken by some of the trams and it was confirmed during February that the first of those to arrive, 216, has completed 1,000km in safety testing. It is expected that daylight driver training and testing on the mainline may commence within the next few weeks ahead of an entry into service for the first of the trams this summer. 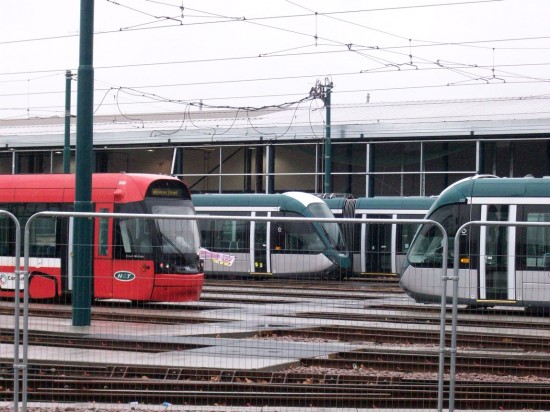 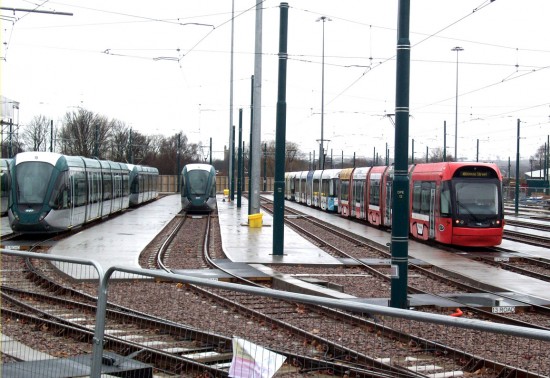 Two views in the yard at Wilkinson Street on 2nd March showing both Citadis and Incentro trams at rest. (Both Photos: David Beardsell)