Posted on Friday 28 February 2014 by Gareth Prior

Daytime test runs through Edinburgh city centre have continued during this week in the first stage of testing to enable the public to get used to the trams running with a major safety campaign launched by Edinburgh Trams to advise people how to act around the trams (not that it should probably be necessary!) With thanks to John Hampton we bring you some images from testing on 25th February. 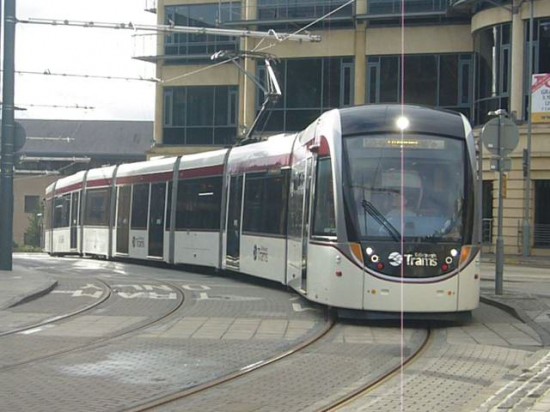 267 on the short street section between the reserved track at Haymarket Yard and the Haymarket tram stop which it is about to enter on its way to the city centre. 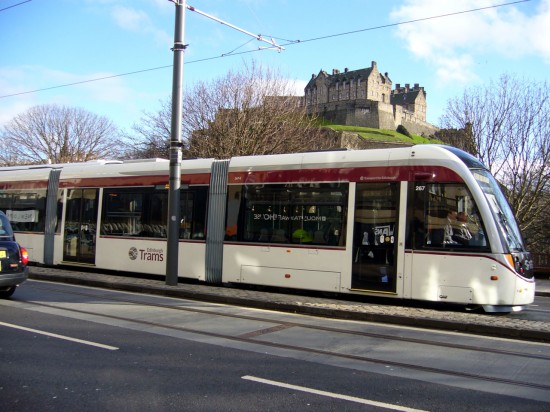 267 in Princes Street with the castle as the backdrop on its return journey to the Airport. 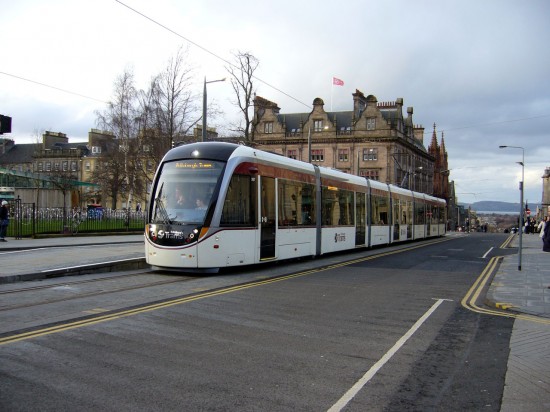 267 at St Andrews Square tram stop on the return journey to the Airport. The River Forth and the hills of Fife in the background. (All photos: John Hampton, taken on 25th February 2014)