Sunday 15th December 2013 was another landmark day in the history of Manchester’s Heaton Park Tramway, as a tram was moved into the new Lakeside Depot under power and stabled inside for the very first time. It was particularly appropriate that the tram which did so was Blackpool 752, the tramway’s resident works car, which has played a significant role in the work associated with preparing the depot for use.

The past week has seen the completion of the concrete block work around the base of the new building, whilst the interior panelling of the large depot doors has also been completed over the weekend of 14th & 15th December. This has effectively sealed in the building, meaning that trams can be safely stored within for the first time. Even the internal lights are now functioning, giving the depot a very welcoming glow on the dark winter evenings.

On 15th December, car 752 was driven into the depot under power and then remained inside overnight, something which had never occurred before. This was made possible by the impressive progress made to erect overhead wires inside the depot itself lately. For the moment just one track has been laid within, which will initially allow up to three trams to be housed inside, until the further two tracks are installed. However, this is without a doubt a massive step forwards and will allow more of the Manchester Transport Museum Society’s tram fleet to be housed securely undercover at the park than ever before.

Further shunting is expected to take place imminently so that the newly available storage space can be utilised to full effect, which will hopefully see at least one of the trams currently stored outside at Heaton Park moved inside in the very near future. This will clearly be a fantastic end to a year of significant progress for the MTMS; and if you think that’s exciting, then 2014 looks set to be an even better year for the Heaton Park Tramway! 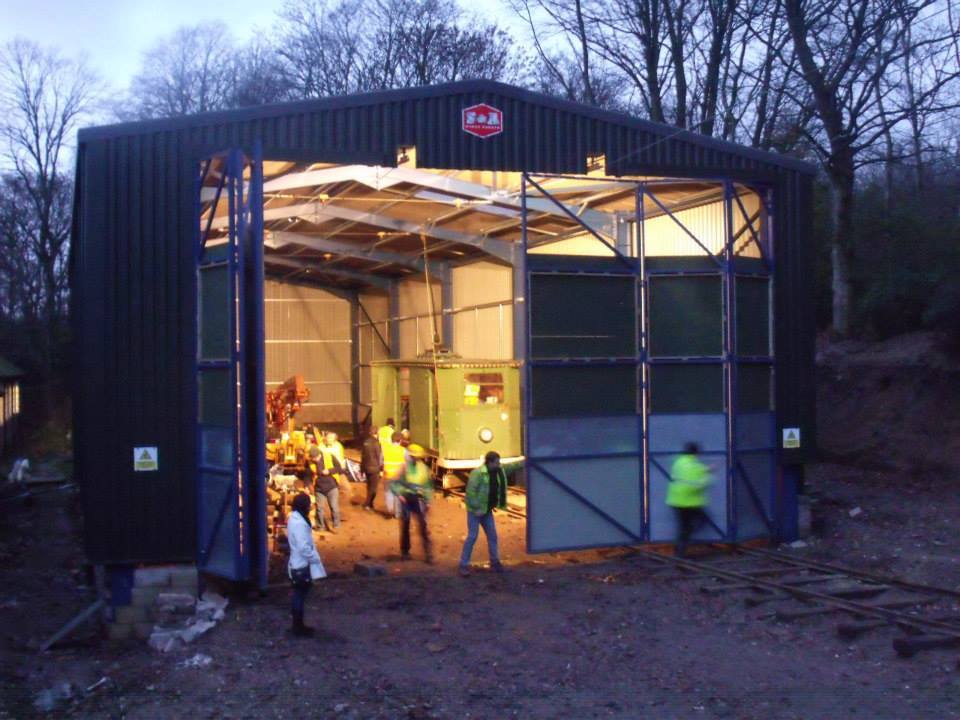