Posted on Saturday 14 December 2013 by Gareth Prior

The original Dark Green, Black and Silver livery carried by the Nottingham Express Transit Incentro trams from new is no more following the withdrawal of 210 to receive the full refresh and the application of red vinyls on 206, presumably ahead of a new all over advert.

A process which was started in March when 215 became the first tram to undergo the refurbishment is now nearing completion with the final two trams to carry the full original livery now either carrying new colours, or is in the process of having them applied.

First up is 206 which had been seen in service carrying plain red vinyls, including on the ends. At the same time 208 – which up until recently was carrying an all over advert for eON – was stripped of the majority of its advertising vinyls (particularly the contravision). It is believed that 206 – which went through the internal refresh some time ago but did not receive the new livery – will soon take on the all over advert for eON.

Meanwhile it is understood that 210 is now in the workshops at Wilkinson Street where it is undergoing the full refresh, including the application of the new livery. This means that only the ends of 201 (which carries an all over advert for Nottingham Contemporary) are displaying the original livery.

All this activity makes even stranger that 207 continues to operate in its all over blue livery. 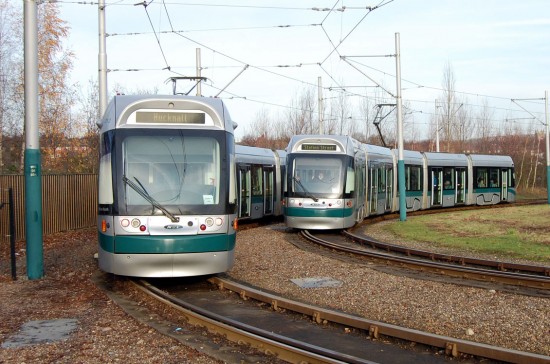 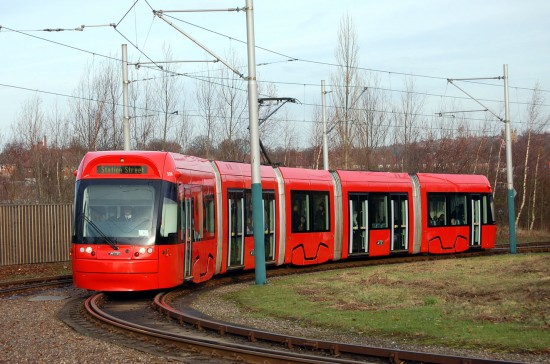 206 shows off its new colours. Note that the red vinyl wrap goes around the front as well. 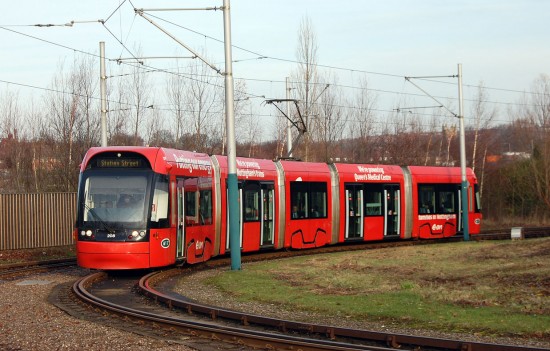 Whereas the livery on 208 left a portion of the front plain black. 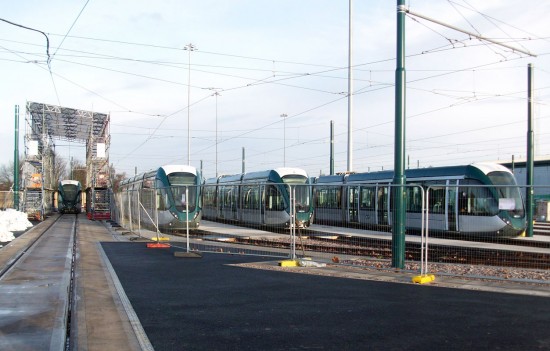