The Manchester Transport Museum Society have decided not to operate a tram service on the Heaton Park Tramway during December 2013 and January 2014, having run throughout the winter period apart from a short Christmas break in the last couple of years. As it stands, the tramway’s final day of operation for 2013 will be Sunday 24th November, when the normal winter service will operate between 12:00 noon and 4:00pm.

The longer than usual closure will allow MTMS volunteers to work uninterrupted on several important projects, expected to include finishing touches to the new Lakeside Depot, repainting of Leeds 6 into its earlier maroon and white livery as Hull 96, and hopefully some mechanical work on Manchester 765. Not having to commit to running a passenger service will allow the volunteer workforce to concentrate on such important tasks, and should have a positive long-term effect on the tramway and its vehicles. 2014 should be an exciting year at the park with an expanded tram fleet, and a few tramless months seems like a small price to pay if it helps to progress some of the Society’s exciting new projects!

In other news, the tramway staged its second annual Halloween ‘Spooktacular’ on Sunday 27th October, which saw Manchester 765 making a rare appearance in service, suitably decorated and crewed by some almost recognisable staff in fancy dress! It had been expected that Stockport 5 would perform this duty as it did last year, but due to very poor weather, 765 stood in, whilst Blackpool 623 remained in service for any visitors wanting a less terrifying tram ride! In spite of the adverse weather conditions currently facing much of the country, the event was still quite successful and is likely to be repeated in future years. Special thanks go to everyone involved in organising this novel event, and for helping the tramway to attract visitors outside of its usual core audience. 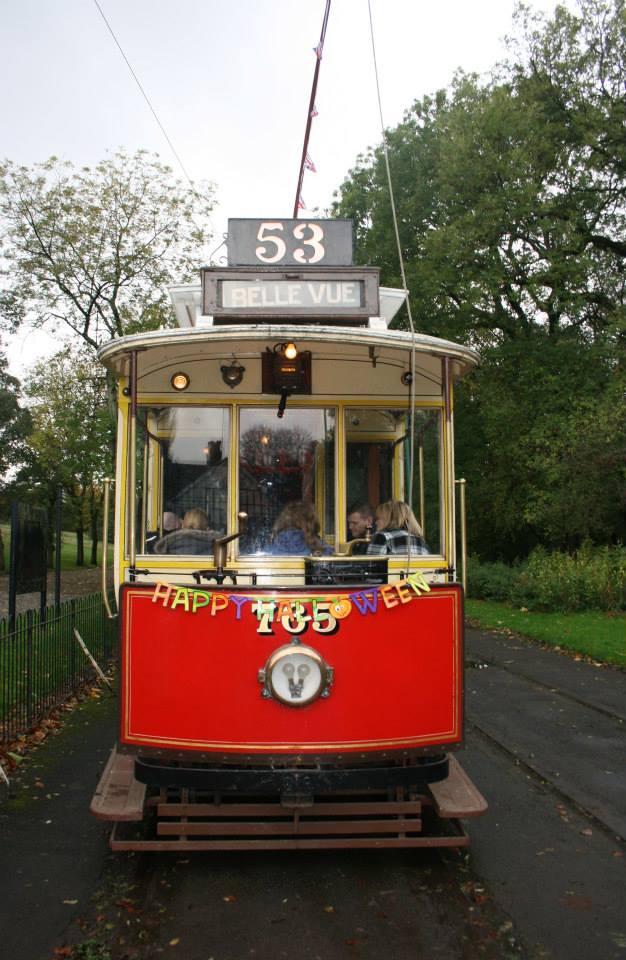 Manchester 765 operating as the 'Halloween Special' on 27th October, showing some of the decorations fitted at one end (more were inside the car). The tram is pictured at Middleton Road terminus. (Photo by Joe Savage)