In Pictures: More from the Rocket!

Following on from the recent report about Blackpool’s illuminated Rocket tram 732 – which has now received further enhancements in the shape of a troop of astronauts on the Gynn Square roundabout – we are pleased to bring you more photos of this iconic tram, courtesy of Darren Bloxham who photographed the revised Gynn roundabout display during a recent holiday at Blackpool.

As mentioned before, 732 has received new advert vinyls on both sides which were applied several days into the 2013 illuminations season. In addition the large spaceman who has been suspended above the Rocket for the past year has been joined by four friends, as shown in the accompanying pictures. 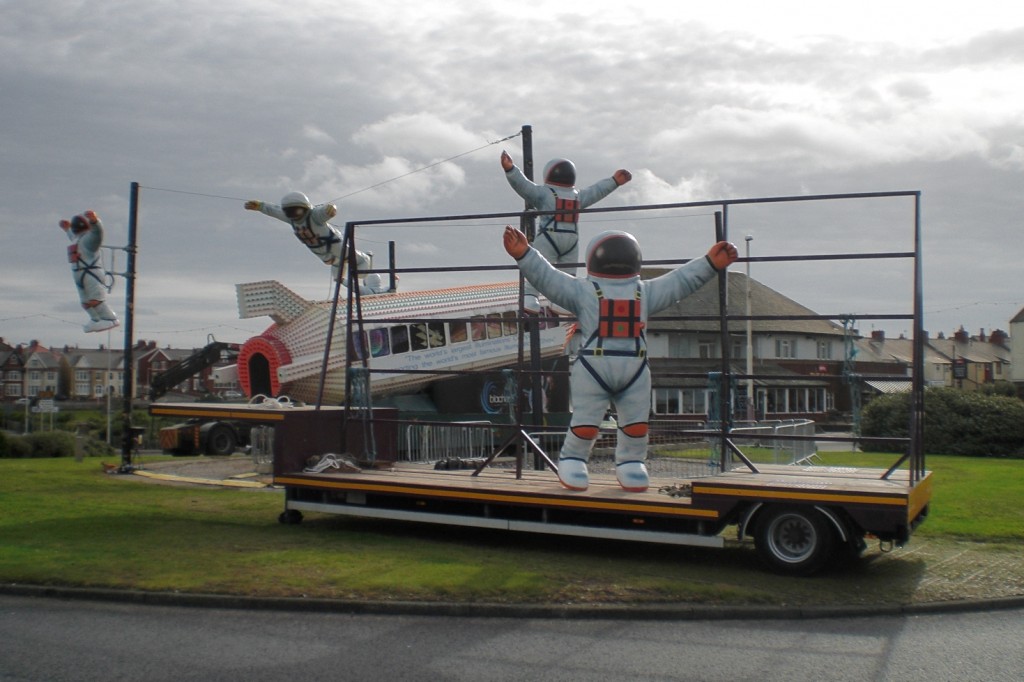 Our first image shows two of the newly recruited astronauts already in place on the Gynn roundabout, with another arriving. The Rocket tram itself can be seen in the background. 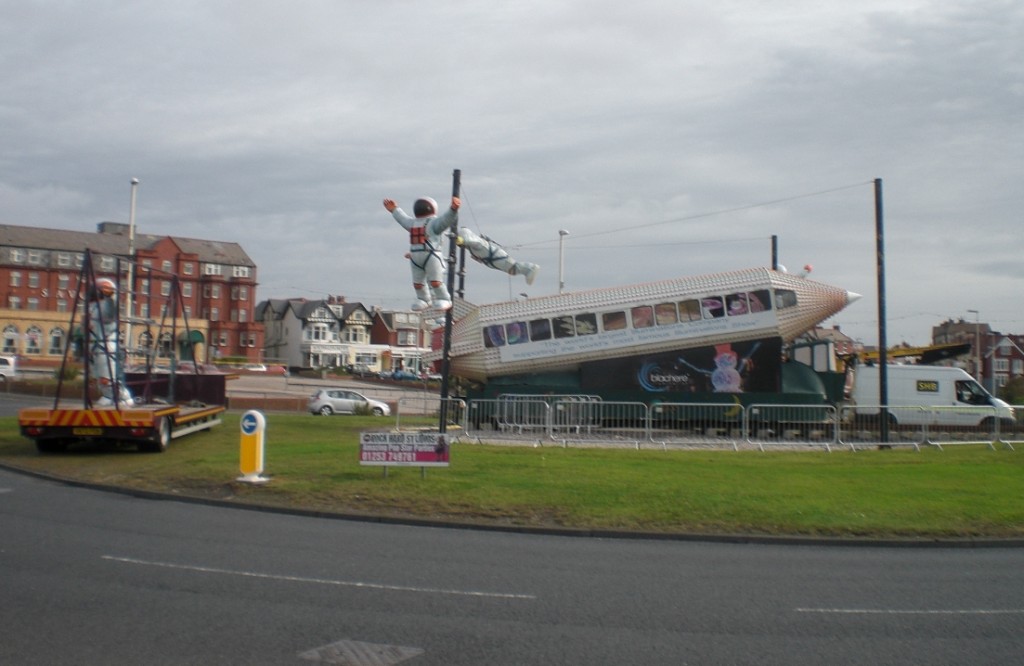 A more general view of the revised Gynn roundabout display as the final astronaut patiently waits to be off-loaded and put into orbit! 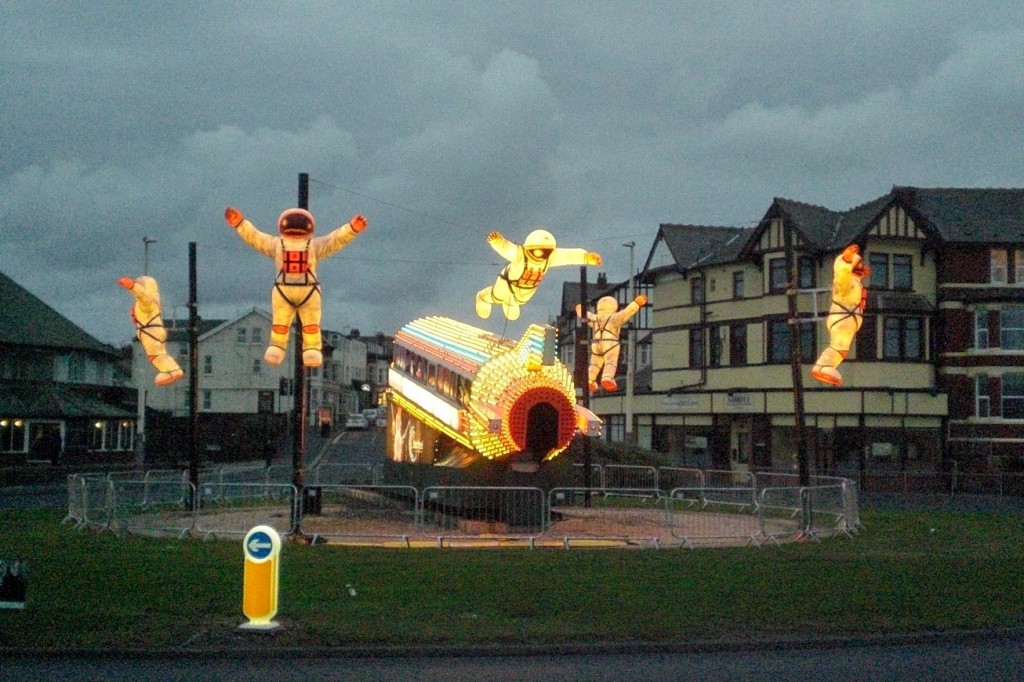 All of the four spacemen (five if you count the one already in place) were up in the air by the time darkness fell and the lights were switched on that evening. 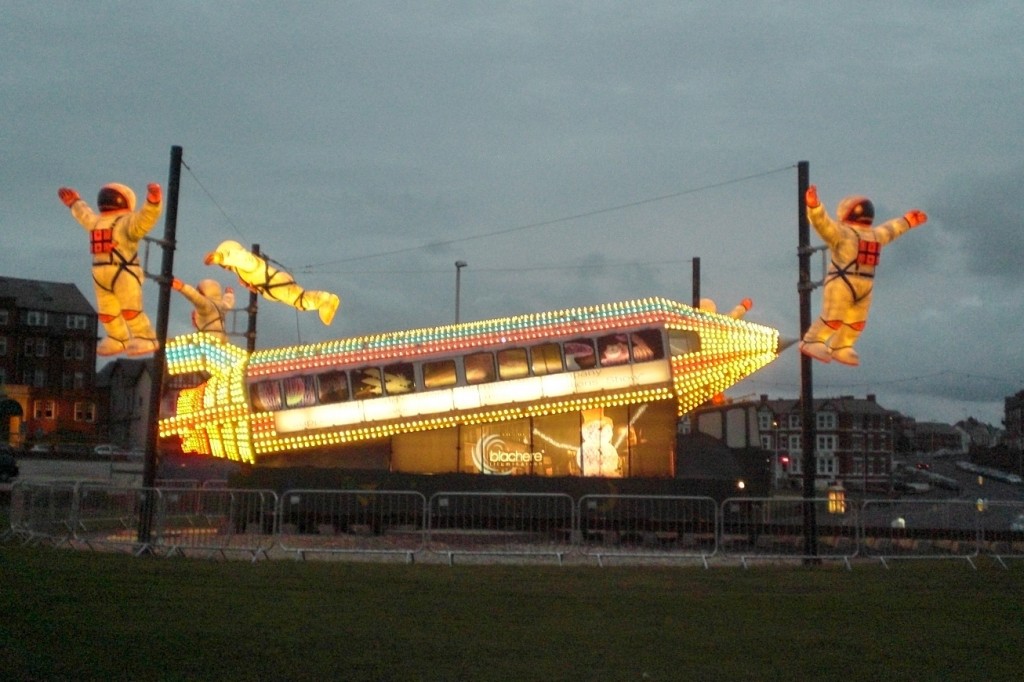 The Rocket 732 is shown off to full effect in this view of the completed display. 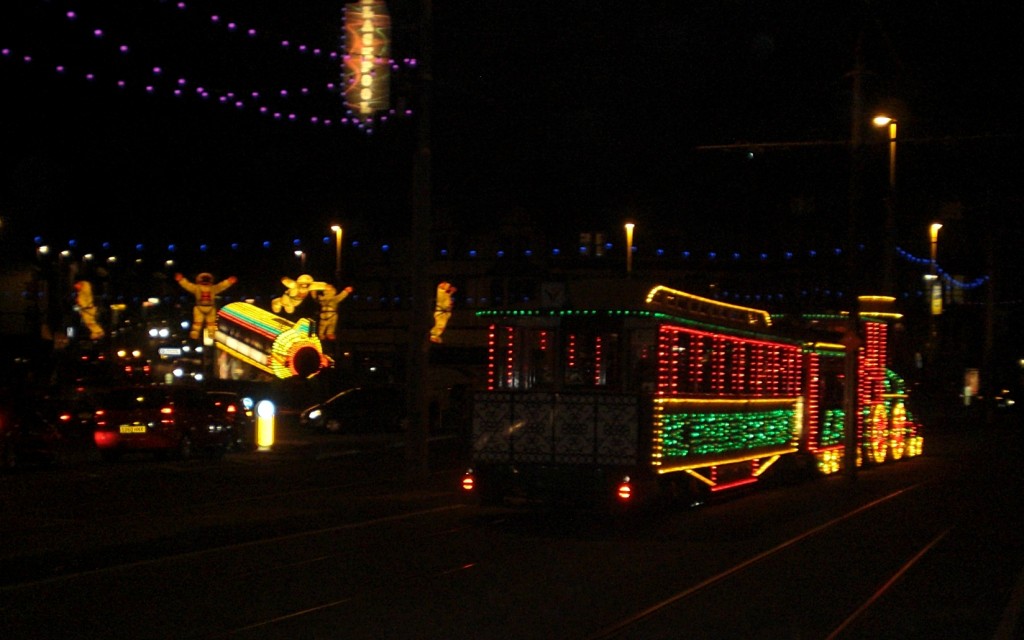 4 Responses to In Pictures: More from the Rocket!