Tuesday 13th August 2013 was a landmark day for the North East Electrical Traction Trust, as on this date, final approval was granted for work to proceed on the construction of a new storage depot on the premises of the North East Land, Sea & Air Museum in Sunderland. With work on the new depot at Heaton Park, Manchester also progressing well it looks increasingly likely that two British tram museums will be boosted by new depots before 2013 is over!

Planning permission has now been given for the new shed to be built, as no serious objections were raised by local residents. There were some minor concerns about noise pollution which may be created by the workshop space within the building, but this was obviously not deemed serious enough to warrant delaying the project, and the green light has now been given for NEETT’s first tram depot to be built. This will allow all of the trams currently at Sunderland to move undercover, and will also offer enough space for several more. This could well be fortunate, as NEETT are already looking to acquire even more historic trams to join their collection. Blackpool’s famous illuminated Hovertram 735 is already earmarked to join the fleet, whilst Graz 210 is currently in store and waiting to move to Sunderland. The Trust are also discussing some other interesting possibilities with other preservation groups which will hopefully result in the number of trams in their care continuing to grow.

The new building will feature three tracks, of which two have already been laid in anticipation of the construction work. It is expected that the contractors who have been employed to build the new depot at the Heaton Park Tramway will be used again for this project, meaning that work could start once the Manchester depot is completed. NEETT are hoping to have the depot completed by the end of the year, to avoid having to subject any of its valuable trams to another winter of outside storage.

Just a few days after the Trust hosted its first event aimed largely at tram enthusiasts, we have been given another reason to celebrate, and this is further proof that this group is rapidly becoming one of the major players in the UK tram preservation scene. 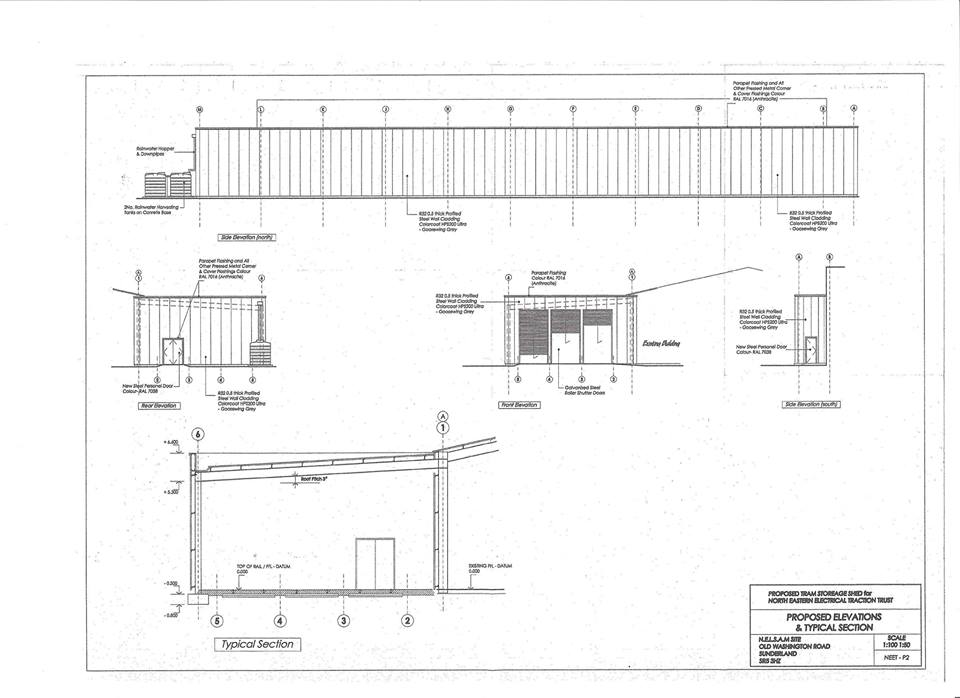