A major milestone in the transformation of Blackpool ‘Boat’ 605 – to be known in future by its original fleet number 233 – occured on Monday 26th March, when the tram made its first test run around the Beamish museum tramway. The car has of course been loaned to Beamish from the Lancastrian Transport Trust, and is currently being prepared for a repaint into its original green and cream livery, with sponsorship from British Trams Online.

Work on preapring 233/605 for service at its new home has made rapid progress in the past week and the car has now been fully re-wired for the first time in its life! Other visible progress has seen the trolley tower repainted, and this was refitted on Monday 26th March. Over the past weekend, the bodywork has been rubbed down in preparation for its forthcoming repaint, with the Museum’s own Keeper of Transport helping out. This really is an ‘all hands on deck’, effort and the speed in which the car has been commissioned is most impressive. A few days ago it was looking increasingly doubtful that 233 would be ready in time to operate at the Great North Steam Fair as planned due to the poor condition of its wiring, but after a weekend of hard work this is now very much back on the cards.

Once various parts were connected up, the suggestion was made of a ‘live’ test, and subsequently the tram was driven under its own power for the first time ever at Beamish later that day. After the Museum had closed for the day, 233 was taken for its test run around the Beamish tramway, appropriately displaying ‘Cicular’ on its destination blinds in recognition of the nature of the system it now inhabits. The tram made a fine sight in the period Town and also gave a superb ride around Pockerley, performing well on its maiden voyage despite this being its longest run in two and a half years. The effort being put into preparing 233 for service must continue however, and as well as repainting – which is due to start later this week – the car will also need to have its liefguards refitted and various other small but important jobs completed. However, the sight of 233 sprinting around the Beamish circuit on a beautiful spring day was a glorious moment for the small yet dedicated team of volunteers and staff who have brought the tram back to life, and also for its owners who are understandably delighted to see such visible progress being made on our of their prized collection of Blackpool trams. 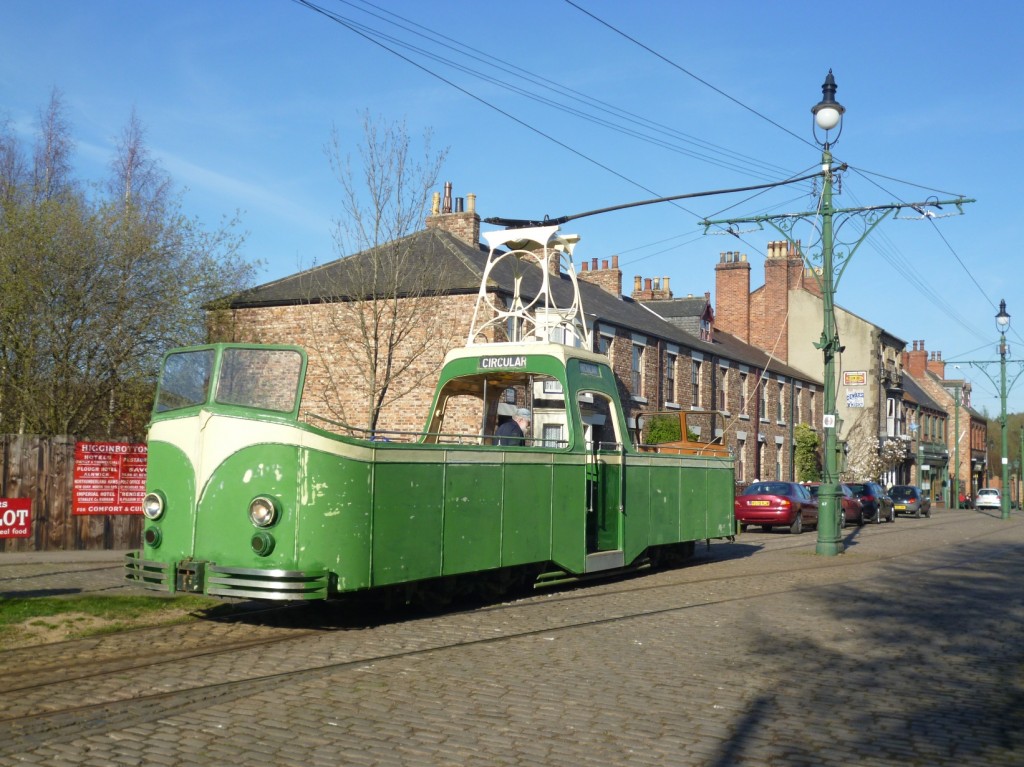 A historic sight at Blackpool Boat 233 pays its visit under power to the Town area of Beamish Museum on March 26th. (Photo by Paul Jarman/Beamish Museum Ltd.) 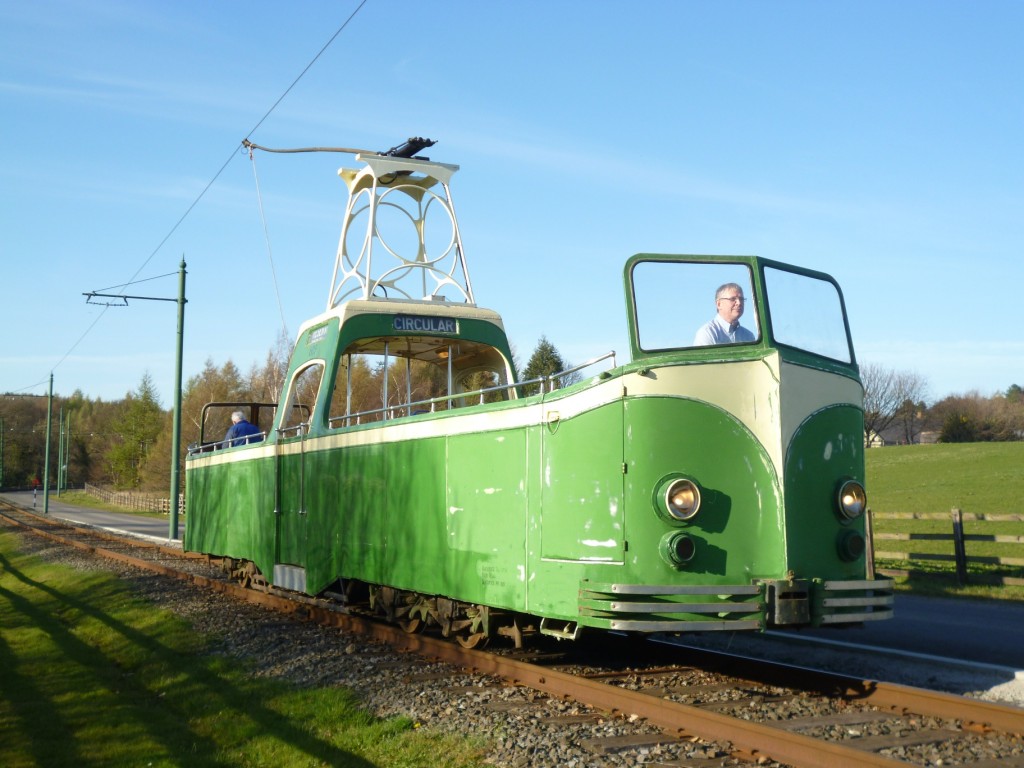 233 in all its glory operating between Beamish Town and Foulbridge depot. (Photo by Paul Jarman/Beamish Museum Ltd.)