Around the World in Trams: Lviv Works Car 2

Posted on Saturday 2 July 2022 by Gareth Prior

Its not all about the passenger trams as in this latest instalment of “Around the World in Trams” we take a look at a tram which was, at this point, a works car.

Across the world it has been traditional over the years for withdrawn passenger trams to be converted to Works Cars and the system in Lviv was no different. Pictured below is Gotha works car 2 which is seen standing at the Knyahyni Olhy terminus outside the Hotel Suputnyk. The colour scheme may be an earlier version of the Lviv fleet livery before the red and cream Tatras arrived. Since then 2 has been restored to passenger service and now operates as a tourist tram. February 1994. 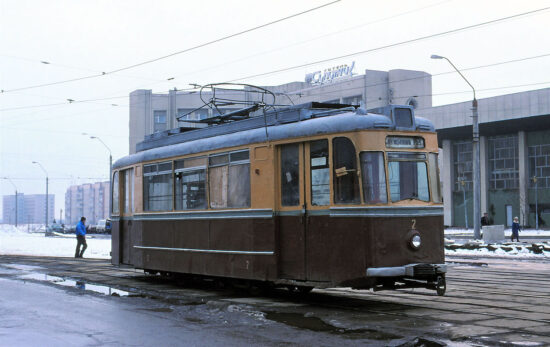 1 Response to Around the World in Trams: Lviv Works Car 2