In Pictures: Focus turns to hotel at Blackpool North Station

It has been a while since we took a proper look at the former Wilko’s site in Blackpool which will, in due course, be the newest tram terminus in the UK so that’s where we head in this latest article. As expected progress on site has turned towards the construction of the hotel and there is likely to be very little progress on the tram side until the hotel is completed.

Whilst there has been no official update from Blackpool Council in recent months, the last we heard was that they were aiming for a November opening of this extension. However, this will be dependent on how work progresses with the hotel and there will need to be extensive testing of the tramway before passengers are allowed to travel along Talbot Road again. We have, back in March, seen trams on initial tests on the extension but as with all extensions in the UK these first tests come well before full testing and commissioning.

So, for now we just have to wait in anticipation of when the line opens. And in the immediate pre-opening period we will probably finally find out exactly what service will run, until then anything else is speculation and looking back at how things may have been before everything changed with the pandemic. 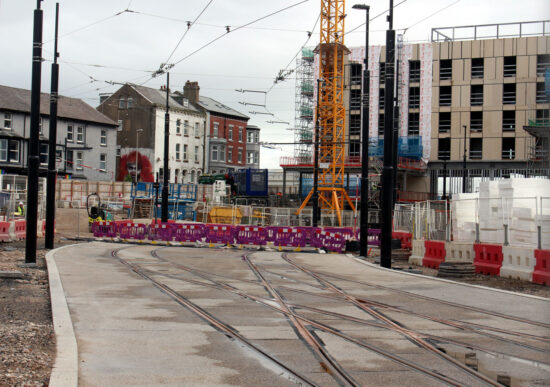 The hotel’s main structure is certainly coming on as seen in the background of this photo with the tramlines in the foreground including the scissors crossover. 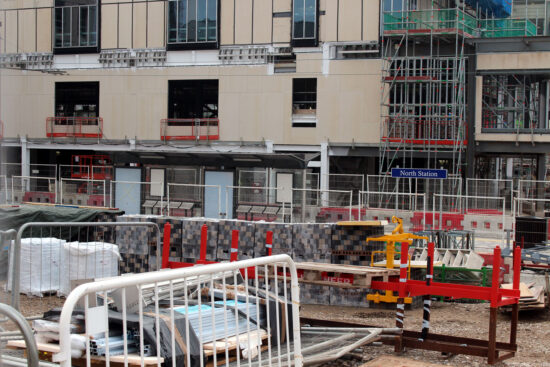 Looking towards the terminus – with its North Station signs seen. 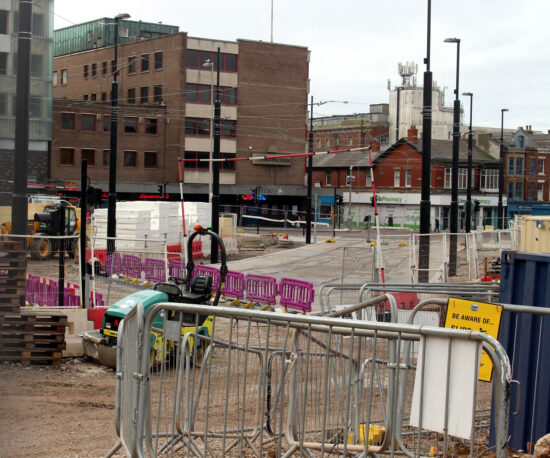 To aid the construction of the hotel and other work on the site a temporary roadway has been laid across the tram tracks. (All Photographs by Tony Armitage, 8th June 2022)

4 Responses to In Pictures: Focus turns to hotel at Blackpool North Station