Posted on Wednesday 18 May 2022 by Gareth Prior

The longest advertising contract on Manchester Metrolink has come to an end with 3066 losing its long-standing vinyls for the Clean Air Manchester campaign. But its not a return to fleet livery for the tram as those vinyls have been replaced by a new advert for Hits Radio – no stranger to advertising on Metrolink having previously had an advert on 3103.

In fact the new advert for Hits Radio on 3066 is very similar to that previously seen on 3103 with the same psychedelic colour scheme used, albeit with different presenters featuring on the side of the tram.

3066’s advert for Clean Air Manchester had been applied in June 2019 meaning that it has been very nearly three years that the tram have been travelling around the network with its light blue vinyls. That was its first advert so its probably no surprise to realise that this is its second! 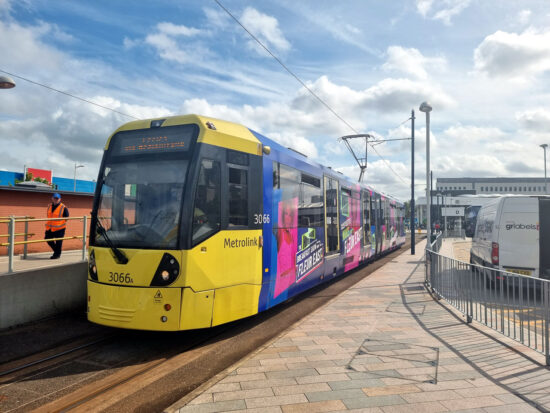 3066 in its new advert at Ashton-under-Lyne. 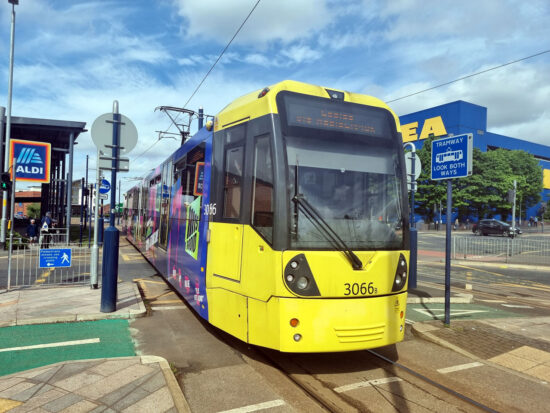 3066 seen departing the stop with a service for Eccles. (Both Photographs by Michael Morton, 17th May 2022)