In Pictures: First new tram of 2022 arrives in Manchester

Posted on Monday 31 January 2022 by Gareth Prior

Saturday 29th January saw the latest new M5000 to be delivered to Manchester as 3135 became the first arrival of 2022. The now incredibly familiar journey across Europe via the Rotterdam to Hull ferry and then over England to Manchester was completed by the Alstom built tram to allow it to join its classmates in the UK.

With the last tram having arrived back on 4th December 2021, 3135 is in the unusual position of being the only M5000 which requires commissioning the process of which will now begin at Queens Road Depot. Once this is done and it goes through mileage accumulation it will enter service joining the previous 134 which have gone through exactly the same!

There are now just a further 12 of the current order of M5000s which need to be delivered and after the break over Christmas and New Year these will presumably revert to the regular deliveries every three to four weeks. 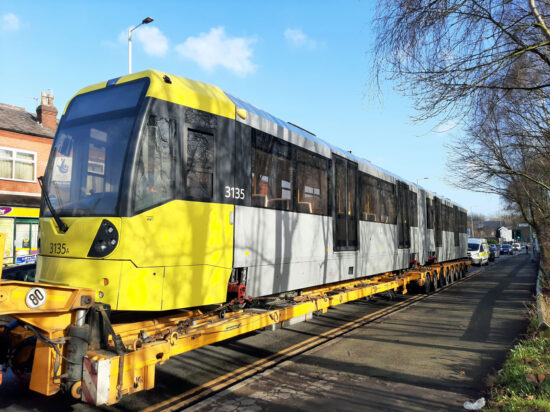 Minus the detail of the livery – as all deliveries do – 3135 is delivered to Queens Road having made its way over from Germany. 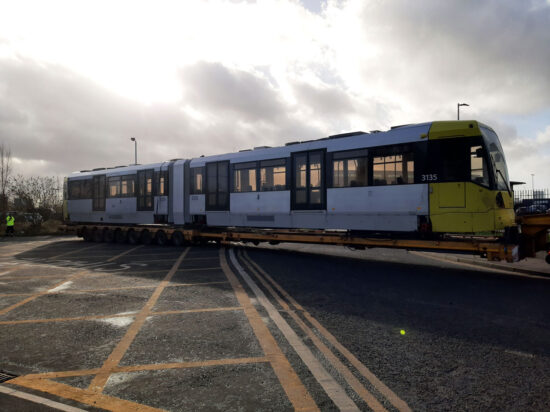 A side view of the new tram. (Both Photographs by Ben Worsley, 29th January 2022)