Around the World in Trams: Kolkata 210

We head back to Kolkata for this latest edition of “Around the World in Trams” as we feature another of the trams running on India’s last tramway.

There are six different types of trams which make up the Kolkata Tramway fleet with many dating from the early 1980s and built by Indian manufacturer Burn & Jessop (which was formed as part of a merger between Burn & Company – who could date their origins all the way back to 1781 – and Indian Standard – a mere youngster having been created in 1918). This design of tram is said to be stronger, heavier and faster than previous trams which ran on the system and helped to improve public perception of the tramway.

This is 210 which was built in 1982 and is a Series 207-281 tramcar. Featuring a pale blue livery the tram also has side advertising for another loan company. 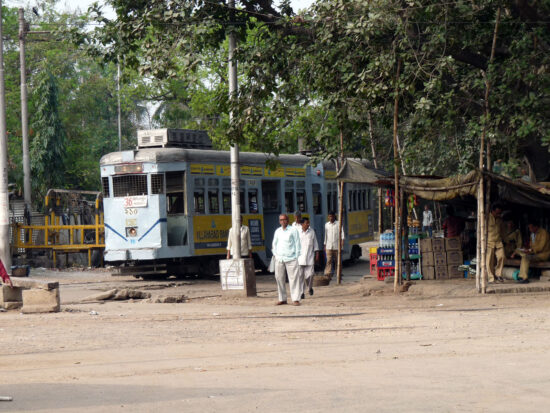