In Pictures: Little progress to show at Wilko’s

Posted on Wednesday 19 January 2022 by Gareth Prior

Its looking likely that there will be little to show on progress of the Blackpool Tramway extension for some time with a lot of focus on the overall Talbot Gateway project currently on the construction of the hotel and removing the High Street pedestrian walkway. This article takes a look at the current scene of the tramway infrastructure on the former Wilko’s site close to Blackpool North Railway Station. 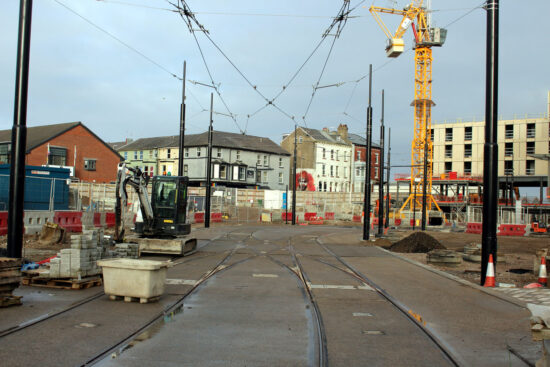 Looking along the line as you go through the “front door” of Wilko’s. Track in place, concrete surface completed, overhead poles erected and wire installed. 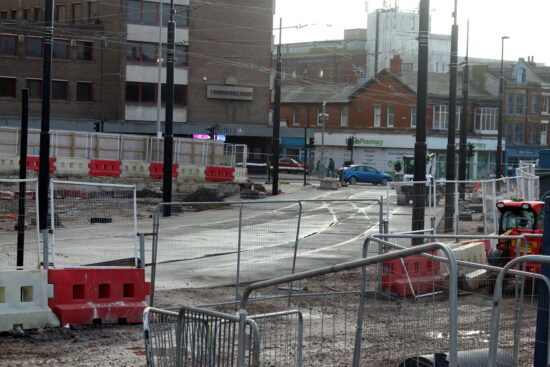 The reverse view of the tracks heading out of Wilko’s. 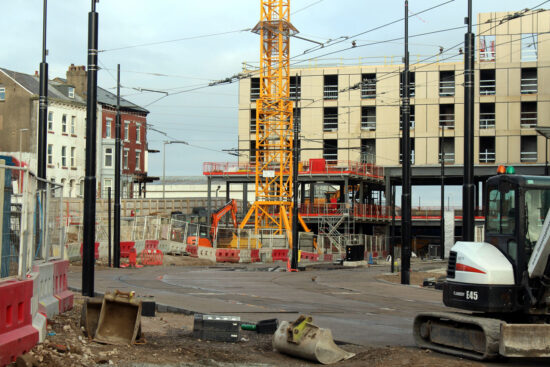 Here we look as the tracks curve round on the approach to the tramstop. Top right you can see the latest level of the hotel being built. 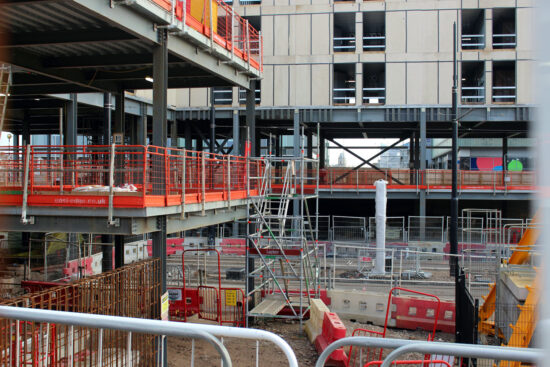 Nestled in between the buildings is the new tram terminus. Who knows within the next 12 months it may even have a tram standing at it! (Photographs x4 by Tony Armitage, 16th January 2022) 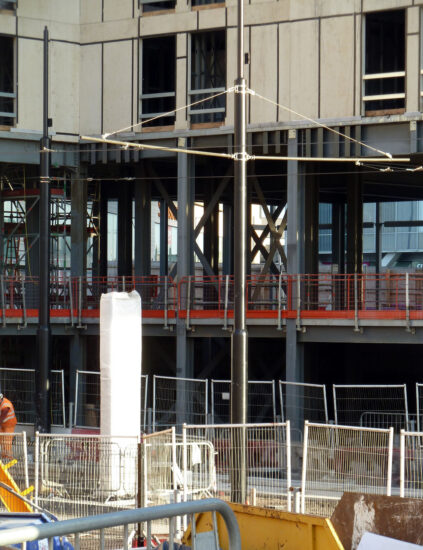 A close-up view of the terminus platform with a newly installed white column. (Photograph by Peter Dockerty, 18th January 2022)

3 Responses to In Pictures: Little progress to show at Wilko’s