Around the World in Trams: Kolkata 257

Posted on Saturday 15 January 2022 by Gareth Prior

From Australia to India for the next set of photos from overseas as “Around the World in Trams” continues.

The tramway in Kolkata is a standard gauge network which is now run by the West Bengal Transport Corporation with 28km of operating line across seven lines with a fleet of 257 trams although only 35 are required to operate the service each day. The first trams (horse drawn) ran in 1873 before electrification followed in 1902, the second electric tram line to be opened in India. Kolkata’s tramway is now the only remaining operational system in all of India. 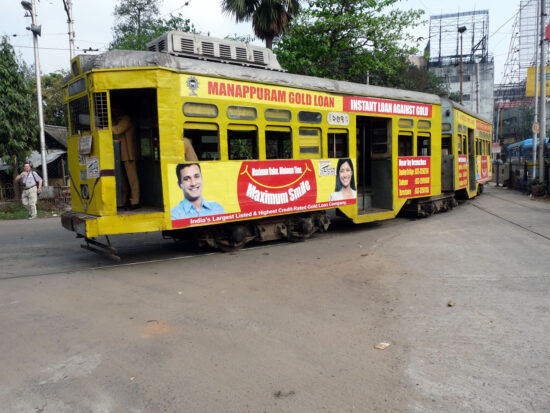