In Pictures: Work continues on the Birmingham Eastside extension

Posted on Wednesday 12 January 2022 by Gareth Prior

After the flurry of activity during the second half of 2021 – mainly to install the junction with the existing city centre line at Bull Street/Corporation Street – we’ve been a bit quiet on the construction works in connection with West Midlands Metro’s Birmingham Eastside extension but there has been some work continuing as we see in this latest progress update from the camera of Ken Jones.

As a reminder the Birmingham Eastside extension will run for 1.7km to High Street Deritend leaving the current Birmingham City Centre line just after the Bull Street stop and before it curves round to Corporation Street. Four new stops will be constructed serving the east of Birmingham City Centre including connections to the new HS2 railway station at Curzon Street and Birmingham Coach Station.

There is no planned opening date for the line as the work needs to take place alongside that for HS2. Work did get under way in Spring 2021 with the major installation of the junction completed during Autumn 2021; now further work is taking place along the length of the extension. 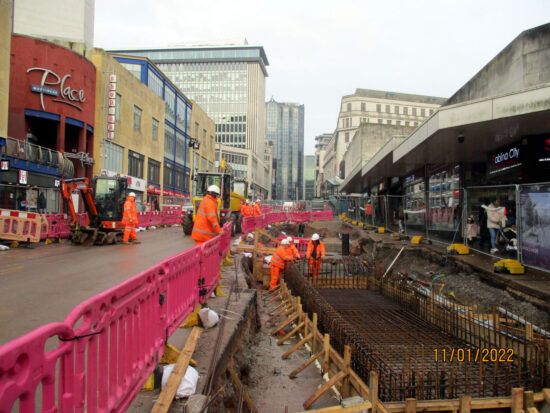 Close to the Bull Street/Corporation Street junction and the original road surface has been removed to allow strengthening work to take place before track laying can commence. 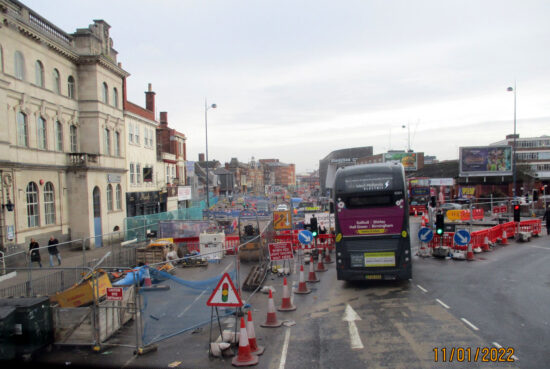 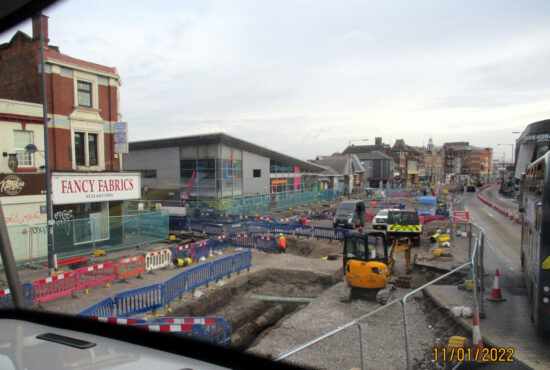 A little further along the road and a closer look at the ongoing utility works. 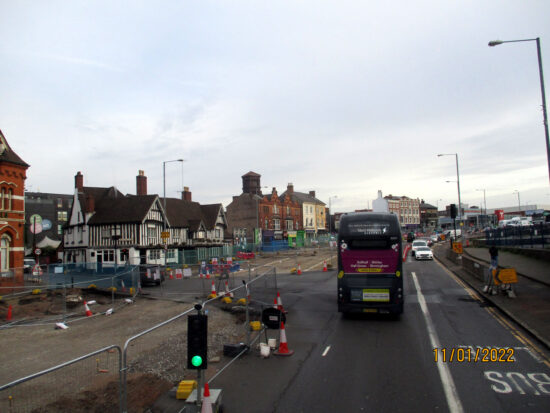 Further along Digbeth and the works are slightly further advanced with an initial top surface now down awaiting final surfacing. (All Photographs by Ken Jones, 11th January 2022)