In Pictures: London Transport 1858 back in service at Carlton Colville

Posted on Monday 13 December 2021 by Gareth Prior

The East Anglia Transport Museum in Carlton Colville have given us an early Christmas present with London Transport 1858 returning to service on Saturday 11th December. The tram hadn’t run in service since before the start of the pandemic requiring some workshop attention and with this having taken place over the past few months the tram was cleared for use once more.

The HR/2 class tram is one of the stalwarts of the fleet at Carlton Colville arriving in East Anglia in 1964 having spent its initial pos-operation life on display at Chessington Zoo. The tram ran briefly in 1971 but required a full restoration which was completed in 1986 with the tram returning to service during the July. Since then it has spent more time in service than not but with it being over 30 years since its major restoration it was necessary for further workshop attention to keep it operational for many years to come.

This work has taken place over the past few months with some of the museum’s younger volunteers being involved in returning the tram to the rails showing the future of the museum is in safe hands. This is the second tram to return to service after workshop attention in 2021 following on from Amsterdam 474.

Although 1858 is operational again there will be further work taking place over the winter so it can take pride of place in the 70th anniversary commemorations of the closure of London’s tram system. 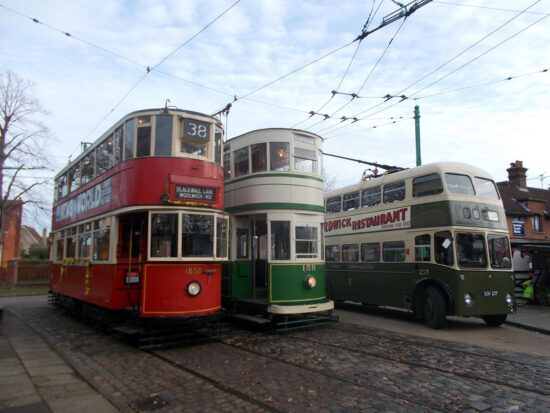 Complete with Christmas decorations 1858 stands at the Chapel Road terminus with Blackpool 159 and Derby trolleybus 237 for company. 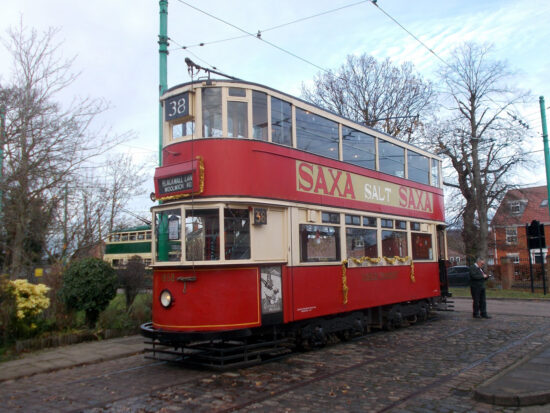 A solo view of 1858 at Chapel Road terminus. 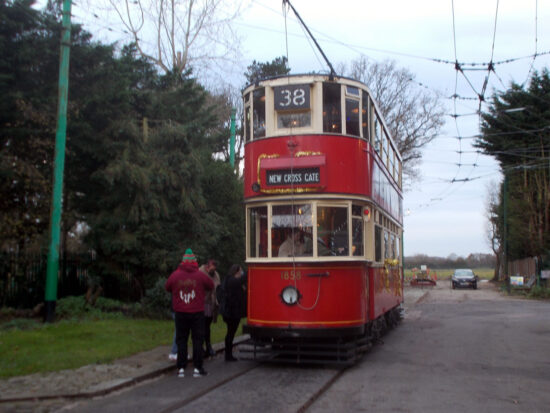 Passengers board 1858. The new land which will see major expansion of the museum over the coming years can be seen beyond the tram. 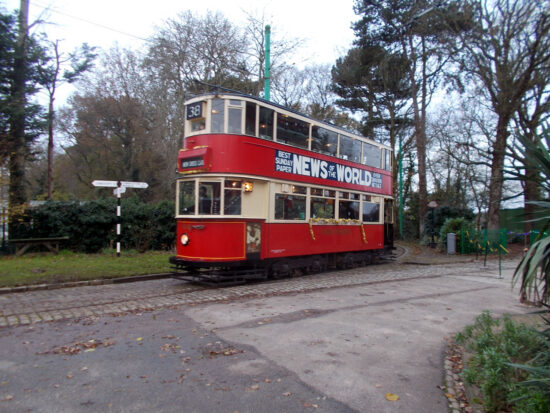