Posted on Thursday 4 November 2021 by Gareth Prior

Once they get going there is no stopping them! After the big gap in overhead installation on the Blackpool Tramway extension along Talbot Road, the second night of this phase of work on 2nd November saw not one, not two, not three but four new span wires put up! Tony Armitage with the latest images.

In the previous phase of overhead installation earlier this year the majority of the work had taken place down towards the Prom with Talbot Square seeing various span wires and actual overhead wires put in place. This saw the curves from the Prom line wired with frogs put in place but away from this area there was a span wire at Abingdon Street and that was it!

But this current phase has started at the opposite end of the line with the first evening of work seeing a solitary span wire put up at the Talbot Road/Dickson Road junction. But night two and far more progress was made with four span wires put up at this junction. With the road closures in the vicinity remaining in place for the rest of week with any luck we may see further excellent progress as the week progresses. 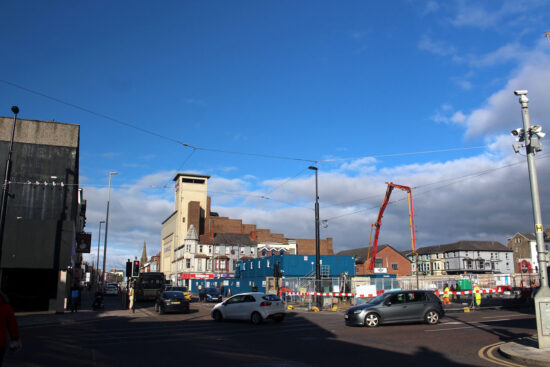 Count all those span wires put up in a single night! 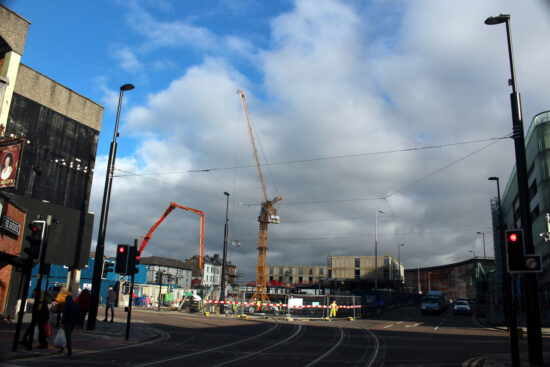 A second image of the span wires now in situ with the tracks leading into the old Wilko’s site in the centre of the image. 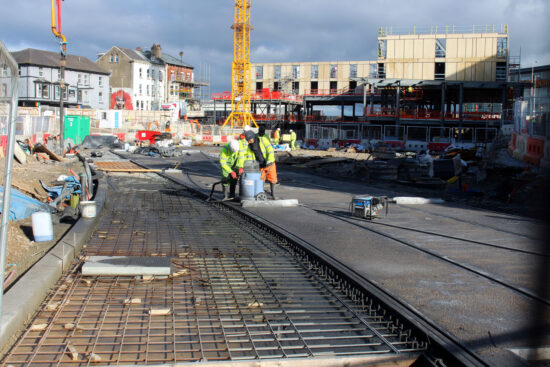 A quick look at Wilko’s and the newly installed concrete which goes as far as we can see here in between the tracks which curve in the distance towards the terminus. (All Photographs by Tony Armitage, 3rd November 2021)