In Pictures: Further progress made in Birmingham City Centre

Posted on Monday 18 October 2021 by Gareth Prior

Its nearly over! The final stages of work in Birmingham City Centre which will allow a full service to resume between Bull Street and Library has now been reached with the further closures between the stops at St Chads and Bull Street announced last week seeing work take place on the installation/reinstallation of the overhead. In addition to the overhead work further progress has been made on the final tarmacking of the surface. This latest pictorial update takes a look at both of those work strands with photos coming from the past weekend.

As a brief reminder, the current line through Birmingham City Centre and Library was closed from 24th July to allow for a junction to be installed for the future Birmingham Eastside extension while the chance was also taken to relay the tracks along the section of Bull Street to the city side of the tramstop and also along Corporation Street round to the Grand Central stop. The past near three months has seen this work take place with the project moving on to the tarmacking phase in the last few weeks. Over the last weekend some work has now started on the overhead with new cable put up from Corporation Street and over the new junction to Bull Street as well as connecting with the existing wire at the Bull Street stop.

Although a date for the reopening of the line has yet to be announced judging by these photos it shouldn’t be too long. 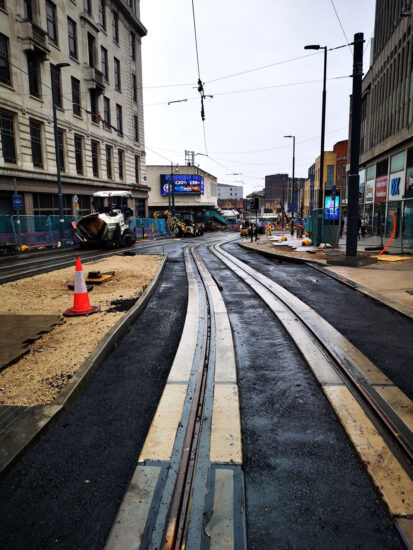 Tarmacking has now reached Bull Street with the first layer down here. This view is looking back towards the Eastside junction. 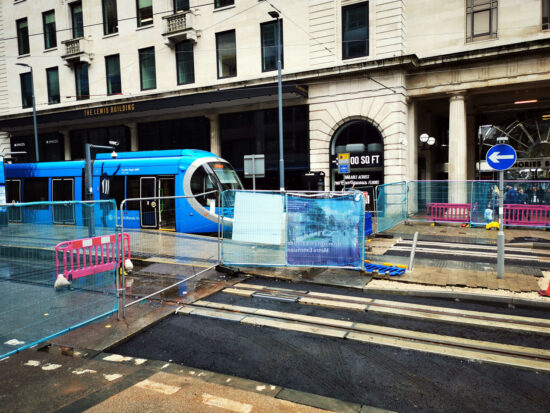 Where the old and the new meet at Bull Street. 31 sits at the current terminus with work continuing ahead of it into the city centre. 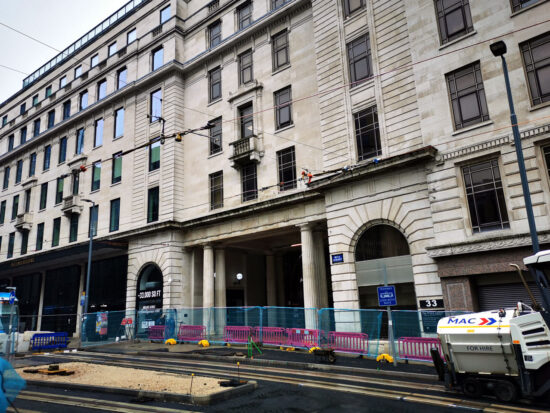 Work has also started on the overhead along Bull Street. 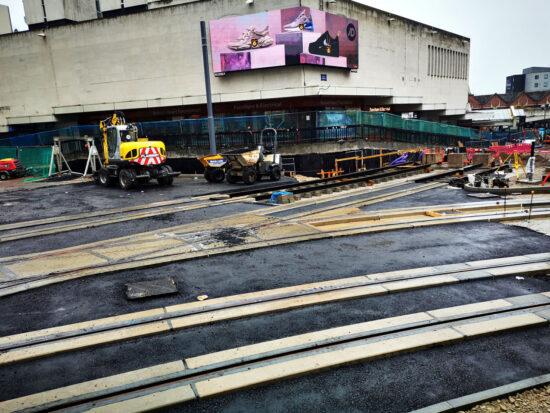 The Eastside extension is viewed in this photo. Straight ahead will go onto the extension with the tracks curving to the right heading onto Corporation Street. The current line from Bull Street is behind us. 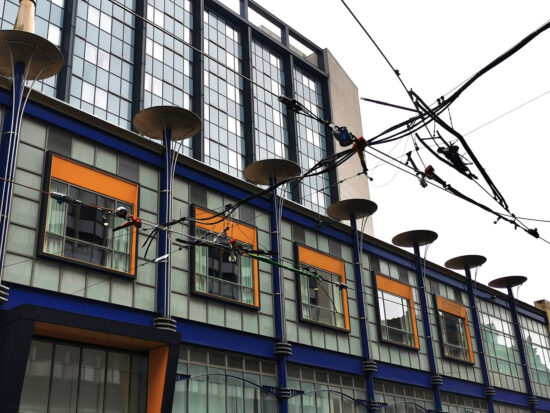 A view up at the overhead close to the junction. 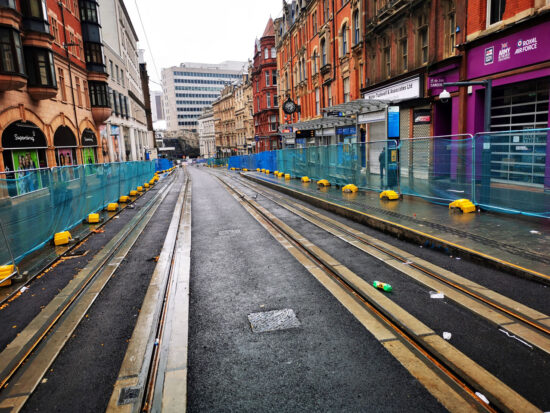 On Corporation Street looking towards Grand Central with the outbound platform on the right. The final surface has been completed here. 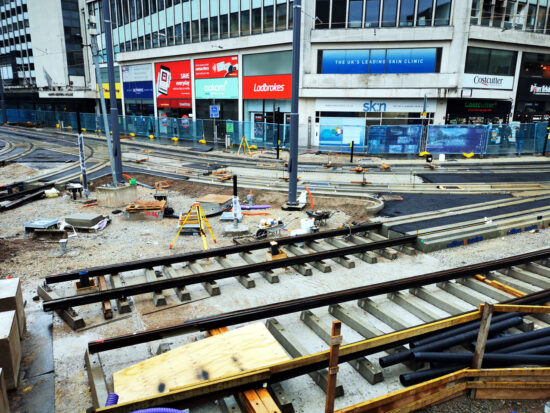 Back to the Eastside junction and the track in the foreground is that leading to the extension. Bull Street is to the right and Corporation Street the left. (Photographs x7 by Andy Walters, 17th October 2021) 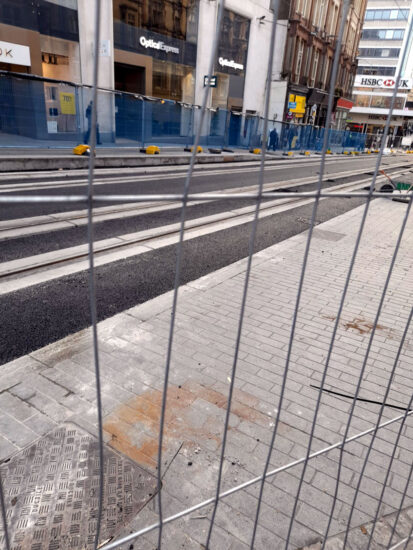 Another view on Corporation Street just before it descends to Grand Central. More top surface is down here. (Photograph by Dan Noon, 15th October 2021)

1 Response to In Pictures: Further progress made in Birmingham City Centre