Posted on Friday 22 October 2021 by Gareth Prior

We move forward a bit in time for this week’s modern tram “Picture in Time” image as we continue our look at the Luas system in Dublin.

The below photo was taken on 25th March 2015 and shows Alstom Citadis 401 tram no. 4009 at Connolly. 4009 was one of those trams which was delivered to Dublin in 2003-4 as a three section tram but was extended to five sections in 2007-8 as part of capacity enhancements on the system.

The picture has been captured at Connolly on the Red line. This is now on a short spur of the Red line with the line having being extended further on what became the main line in 2009. Now, only served by approximately 50% of those trams running on the Red line it still remains a vital interchange stop with Connolly being the location of the busiest railway station in not only Dublin but also Ireland. 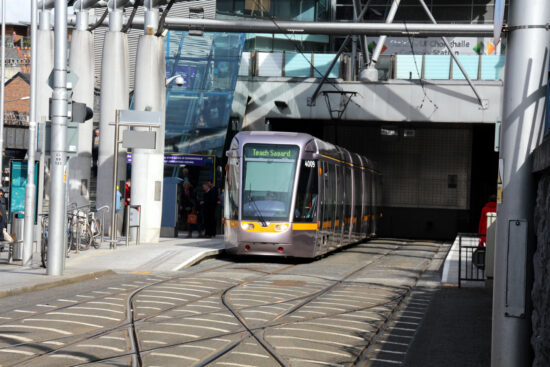