Posted on Saturday 16 October 2021 by Gareth Prior

One last visit in April 1983 to Amsterdam? Go on then as “Around the World in Trams” continues.

We again find ourselves at Station Rai for this photo as two different designs of tram – and liveries – are seen side-by-side, although both are running on the same service. The yellow liveried tram on the left is 743, a 1974 built LHB 8G which would be scrapped in 1992, while the tram in red and blue is 896 which is a Werkspoor 3-axle motor car built in 1949. As we saw a few weeks ago in this series 896 was destroyed by fire in 2017 after being converted into an artists studio. 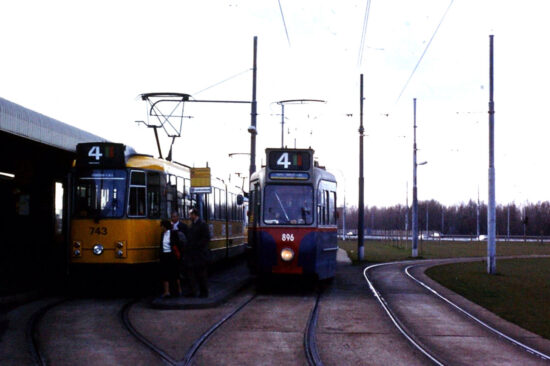