Posted on Saturday 2 October 2021 by Gareth Prior

Over the summer new safety measures have been installed at various stops on the West Midlands Metro network. In a similar style to those seen on other UK tram networks – such as the Blackpool Tramway – wood has been placed in between the tracks at the stops while at the end of each stop the angled wood cattle grid type of contraption has also been put in place to prevent anyone deciding to go for a walk along the tracks.

Possibly the biggest question to come out of these new safety measures is why it has taken West Midlands Metro so long to install them as they do seem to be fairly standard practice elsewhere in the UK but it is hoped that this will ensure that people don’t try go wandering down the tracks (although if someone really wants to there is very little which will stop them). The wood in between the tracks is said to be safer if you are unfortunate enough to be hit by a tram as you will not be trapped as easily making it more straightforward for the emergency services to attend to any injuries. 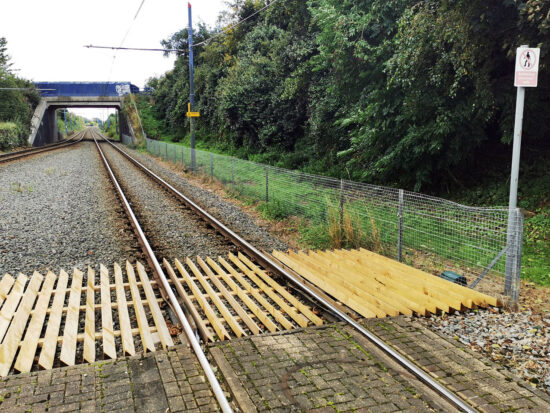 All these photos were taken at Bradley Lane and this is looking back towards Birmingham with the angled wood attempting to prevent access to the tracks. 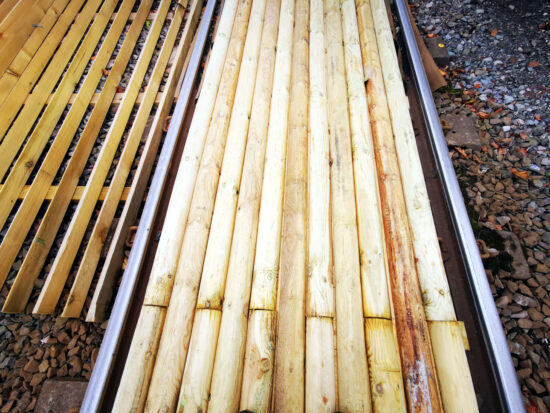 Here we see the wood in the “four foot”. 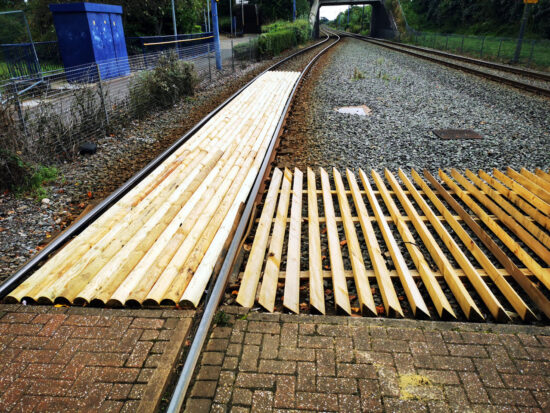 Looking towards to Birmingham again. While the concept is good it is hoped there is more wood to come as you can still just walk up the left hand side here! (All Photographs by Andy Walters, 29th September 2021)