In Pictures: Blackpool Centenary 644 in a sticky situation…

Posted on Monday 11 October 2021 by Gareth Prior

Back in January 2012, Blackpool Centenary 644 became the first of the class to leave Rigby Road Depot permanently as part of the great tram sale following the tramway’s upgrade. Its new owners were a long-term sponsor on the tram, Farmer Parr’s Animal World in nearby Fleetwood, who acquired it for display and possible conversion into a children’s play area. Now almost 10 years later and the tram has found itself in a sticky situation – or a situation where it is now plastered in stickers at any rate!

644 last ran in service on the very last day of traditional tramway operation – 6th November 2011 – by which time it was in a half advert livery for Farmer Parr’s (one end and one side only) with the rest of the tram just plain yellow after losing its Fleetwood Market half of the advert. Then in January 2012 and it was off to pastures new on the back of a lorry with it being transported to Farmer Parr’s where it was to become an attraction in its own right. Open to visitors to the farm for inspection there were possible plans for its conversion for another use (children’s play area as one idea) but it appears these have not gone ahead and in fact the tram is now closed off to visitors as well.

The tram has retained its same livery throughout its time at Farmer Parr’s although has now received some “additions” to the paintwork! Any visitor to Farmer Parr’s Animal World receives a sticker to show they are a bona fide guest but rather than take these home it seems that people want to stick them anywhere – and 644 is one of their prime targets! It does now mean its advert – which was the main reason given for the farm acquiring the tram – is almost obliterated giving the tram a scruffy look.

But at least the tram survives and its future seems relatively secure – even if its not quite looking its best at the moment! 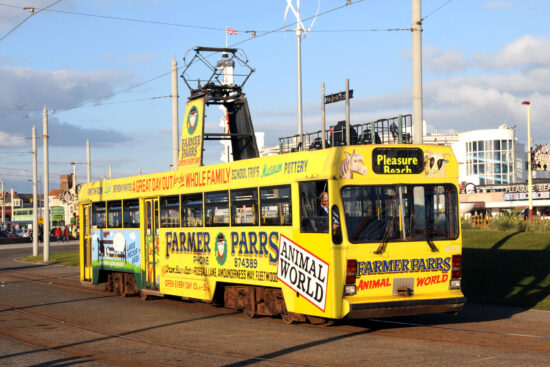 A reminder of how the tram looked when in service. 644 at Pleasure Beach on 26th September 2010. 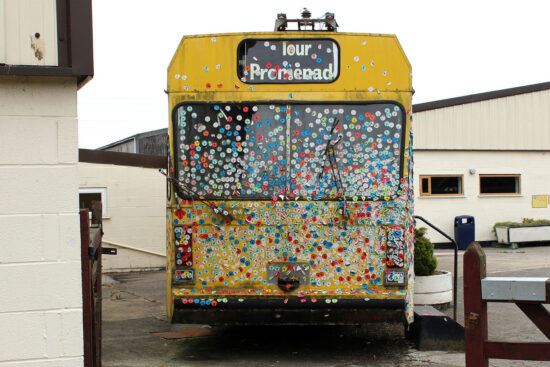 An end view of the tram today with plenty of stickers in place. This is the plain yellow end which used to advertise Fleetwood Market. 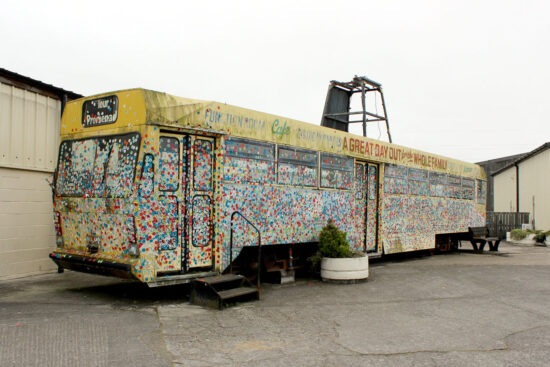 This side of the tram used to have the Farmer Parr’s advert but now you would be hard pressed to realise as practically every part someone can reach now has a sticker in place. 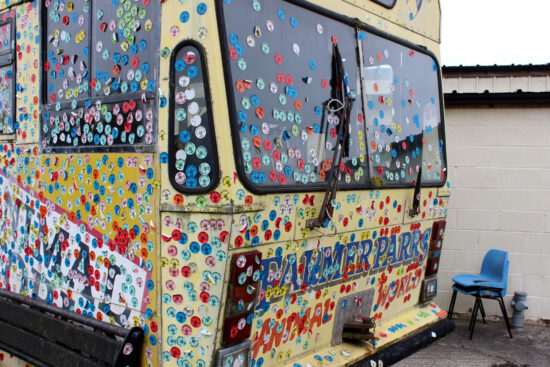 A close-up of the opposite end which has escaped from being completely covered although still has plenty of stickers stuck. As can be seen this is the Farmer Parr’s advert end. 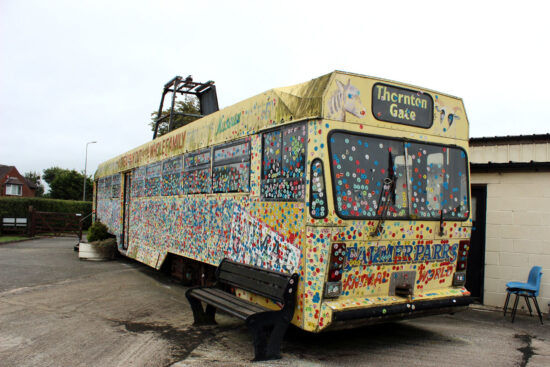 One final view of 644 and its “sticker livery”. (All Photographs by Malcolm Slater)