Around the World in Trams: Amsterdam H9 to the rescue!

As we continue our 1983 views from Amsterdam we feature a tram rescue.

It was a case of being in the right place at the right time for this photo taken in April 1983 as Amsterdam Works Car H9 was captured coming to the rescue of a failed tram. The failed tram is a Beijnes 1G class of tram numbered 867 and was scrapped in 1994. And the Works Car? That still survives to this day although is no longer a Works Car as it has been restored to its passenger condition as 469 as is now at the Hannoversches Strassenbahn Museum in Germany. 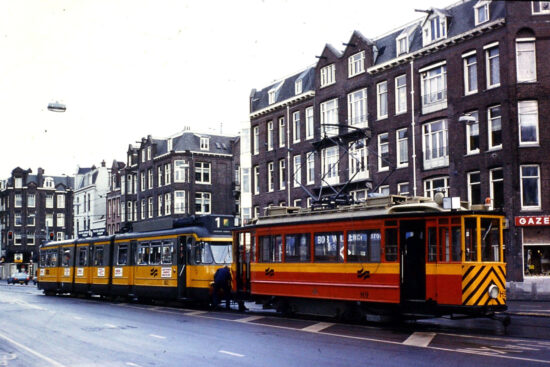