In Pictures: Trams back at Beamish – including weekdays!

Posted on Monday 13 September 2021 by Gareth Prior

When trams returned to operation at Beamish on Saturday 4th September it was expected that the rest of the month they would be restricted to weekend only operation – but on Monday 13th September that assumption was proved wrong as passenger services resumed seven days a week operation!

Since Blackpool 31 started off passenger services a further two trams are known to have carried passengers – Sheffield 264 and, on Sunday 12th September, Sunderland 16 returned to action as well. Oporto 196 also remains operational but is mainly being used for driver training.

As we mentioned at the time, only one tram will be in service each day and it will run from Foulbridge round to the Town terminating at the east end of the town close to the bakery. Passengers have to get on and off at each end of the journey to allow the crew to reverse all the seats and the trolley for its next trip. Trams depart from Foulbridge every 40 minutes.

As well as being the return to weekday tram operation, Monday 13th September also saw a bit of a shunt at the depot involving Newcastle 114. This saw the tram moved by a modern tractor over the pit at the rear of road 3 in the depot to allow work to start on reuniting the tram with its motors which has been removed well before the first lockdown for overhaul. 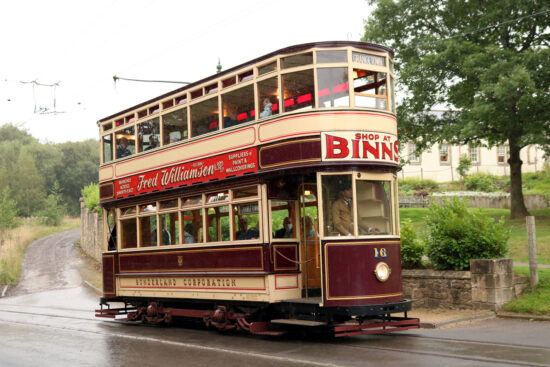 Sunday 12th September was the first passenger usage for Sunderland 16 at Beamish since at least March 2020, with it replacing Blackpool 31 in service which has to be taken out of use due to damage to a light bulb within the lower saloon. In this view we see 16 at the Entrance. 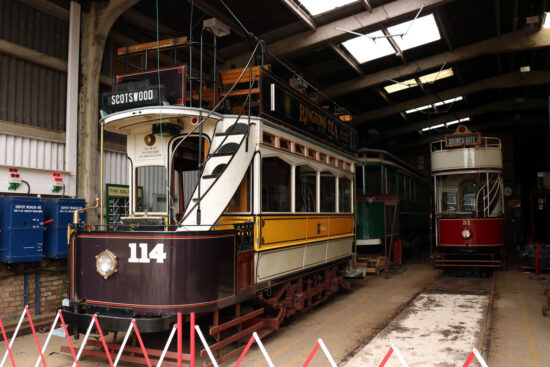 Also on 12th September and we take a look in the depot where Newcastle 114 is in front of Grimsby & Immingham 26 (Gateshead 10) and Blackpool 31 is alongside. 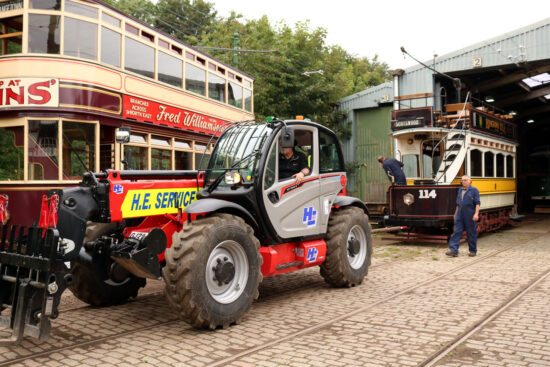 Monday 13th September and Newcastle 114 is towed out of the depot by the tractor. It will then be reversed back onto road 3 to allow its motors to be refitted over the pit. 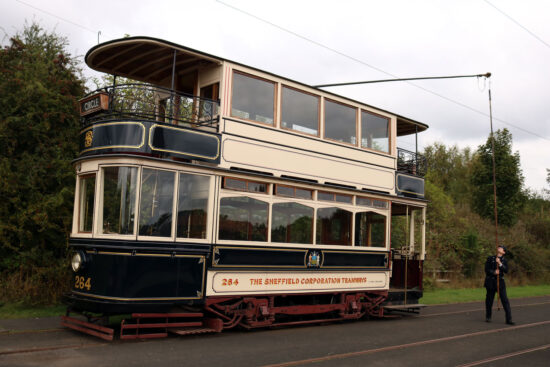 Sheffield 264 was the service car on 13th September and we see the trolley being turned here. With normal services at Beamish seeing trams mainly going round and round the circuit, trolley turning is a rarer best than at most other heritage tramways in the UK. (All Photographs by Trevor Hall)