Posted on Monday 13 September 2021 by Gareth Prior

Another Works Car which ran at the 2005 Crich Tramathon was Leeds Tower Wagon 2, a vehicle which is now stored in the depots but at that time had been commissioned for service.

While a lot of Works Cars around the country were converted passenger trams, Leeds Tower Wagon 2 was purpose built in 1931, even though it did use parts from various withdrawn trams. It would be in use until the last year of the tramway in Leeds, 1959, although had spent periods out of action. Acquired by enthusiasts in 1960 it arrived in Derbyshire nine years later having been fully restored in the intervening period. Not always commissioned for service each year, 2005 was one of the years that it had been allowing it to run during the Tramathon.

If we look at the tram today and it is currently stored in the depots (usually on road 4). It does make the odd appearance outside (being part of the Leeds tram line-up in 2019) but hasn’t run on the mainline since 2010. 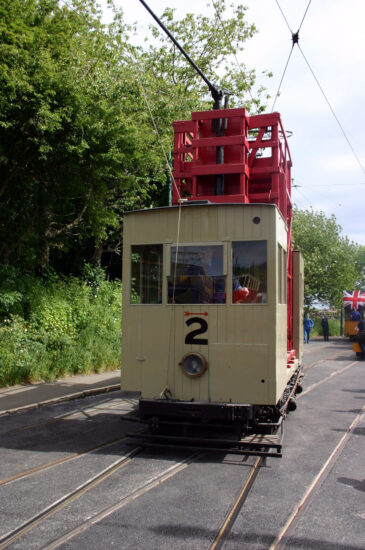 Leeds Tower Wagon 2 has just departed from Town End terminus using the crossover as it heads north on 12th June 2005. 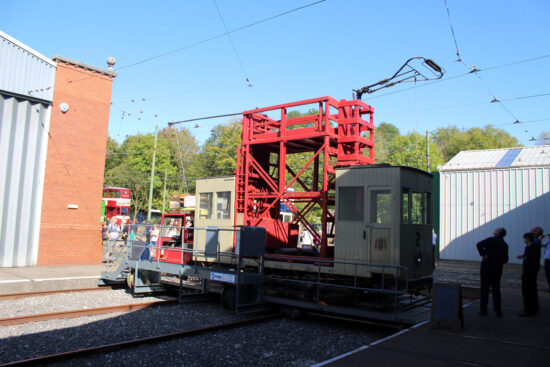 21st September 2019 and the Tower Wagon is seen on the Traverser as a Leeds tram line-up is set-up on the depot fan. (Both Photographs by Gareth Prior)