Posted on Saturday 31 July 2021 by Gareth Prior

And we’re off to Birmingham again for this edition of “Lockdown Walks”.

The original 21 Urbos3 trams which run on the West Midlands Metro were built by CAF in Zaragoza, Spain between 2013 and 2015 and were then delivered to Wednesbury Depot by way of Plymouth. Originally built without batteries included they were subsequently fitted, all except 18 being done at the depot. The example we see in the below photos – 22 – was delivered on 9th April 2014, accepted for service on 27th August 2014 and returned to service after fitting with batteries on 12th November 2019. 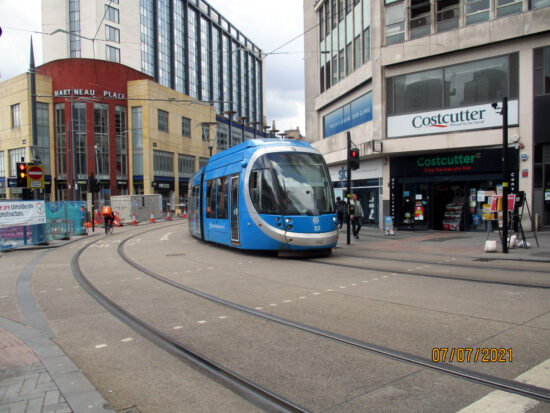 Image number one shows 22 rounding the curve from Corporation Street to Bull Street with a Birmingham to Wolverhampton service. 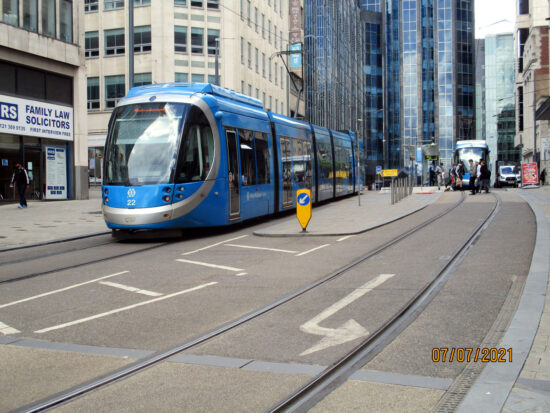 We then see the tram arriving at Bull Street where 25 is waiting at the stop heading in the opposite direction. (Both Photographs by Ken Jones, 7th July 2021)