Posted on Saturday 31 July 2021 by Gareth Prior

Since the start of service on Monday 26th July all West Midlands Metro services to Birmingham have only been travelling as far as Bull Street with works now having started on connecting the current city centre line to the Birmingham Eastside extension as well as the relaying of tracks on Corporation Street. This situation is due to continue until October 2021 at which point the rails will all be in place although it will be some time before trams head onto the Eastside extension. In this pictorial update we take a look at the state of affairs on Friday 30th July with photos from Andy Walters. 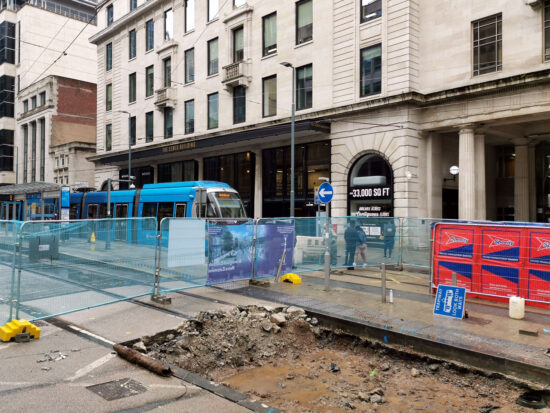 No further for tram 30 as it waits at Bull Street where it has just terminated. Note that the destination states Bull Street and not Birmingham. In front of the tram tracks on the line from the city centre have already been removed. 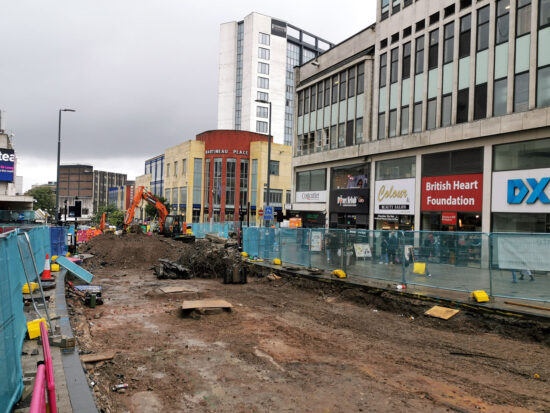 Looking away from Bull Street stop and along Bull Street we see the scale of the track removal with the track bed now being exposed. The current city centre line curves round past Costcutter with the Eastside extension due to go straight on. 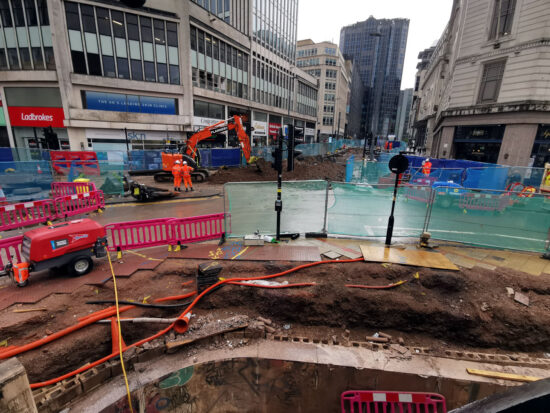 Here we are on Lower Bull Street with the digger on the left located on the current city centre line. Trams for the Eastside extension will be heading straight for us. 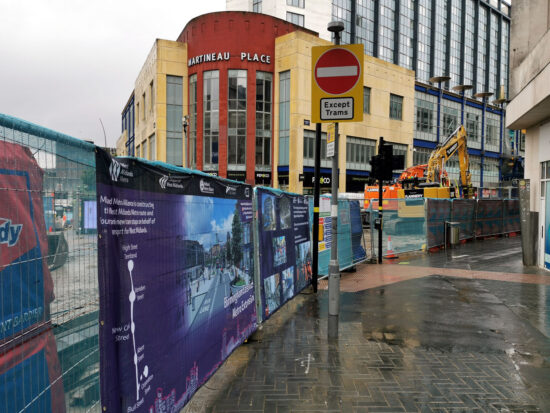 This is the curve from Bull Street to Corporation Street. Behind the barriers where once there was track there is now none! 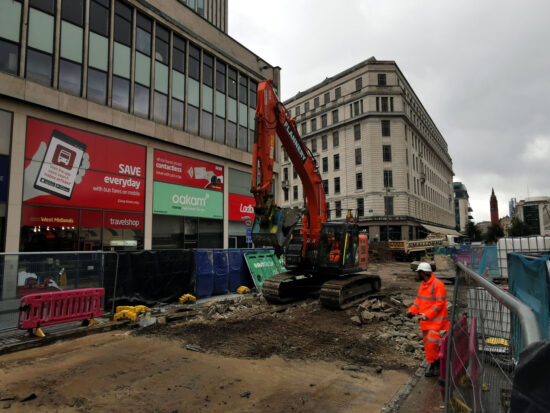 On Corporation Street where the track has been removed and workmen are hard at work preparing the surface for the reinstallation of track. 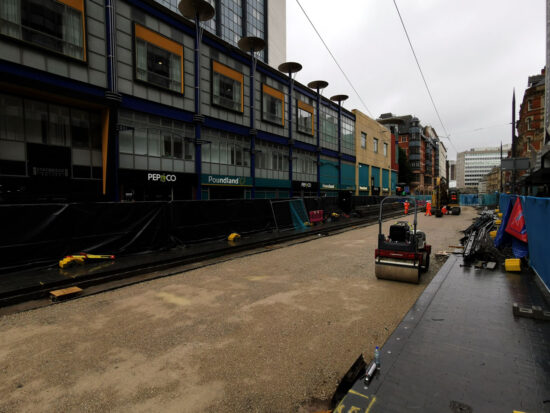 A view along Corporation Street where the new trackbed is being flattened. 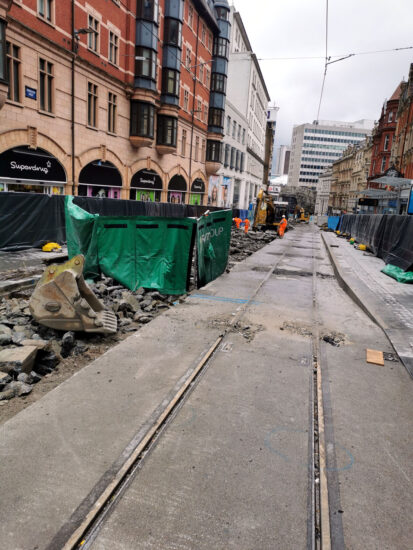 Also on Corporation Street, the work is at an earlier stage here with track still on the outbound line (with the platform of the stop to the right) and the surface being broken off on the other side. (All Photographs by Andy Walters, 30th July 2021)