Around the World in Trams: Prague 7122

Posted on Saturday 24 July 2021 by Gareth Prior

Over the next few weeks our overseas tram series “Around the World in Trams” will be heading to the Czech Republic where we feature a number of the iconic T3s which ran in service on the extensive tramway in Prague.

The Tatra built T3 trams are the biggest class of tram ever built across the world with over 14,000 examples have built for various systems across the world. Prague itself had over 1,000 built for its tram system with a large number still in existence in the city today, albeit many of them have been extensively modernised over the years. The first of these trams entered service in 1960 and continued to be introduced all the way up until 1976. The further evolution of the type has continued since, however.

Two of the T3s are featured in this photo with no. 7122 closest to the camera. This tram is a T3SUCS which was built in 1985 and remains in service today as part of the heritage fleet. We see it here on a wet day in November 2017 with the tram running on route 23. 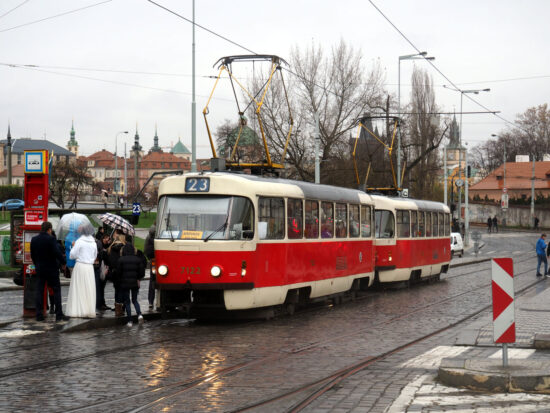