In Pictures: Latest from the overhead installation in Blackpool

Posted on Saturday 24 July 2021 by Gareth Prior

The steady progress of the overhead installation on the tramway extension in Blackpool has been continuing over the past few days. The project remains concentrated at the Prom end of the line and recent work has included moving the wires on the mainline to be fixed to new poles and removing wiring from the ones which won’t be used in the future. The apparent four week project has now reached the end of its third week. Tony Armitage with the latest images. 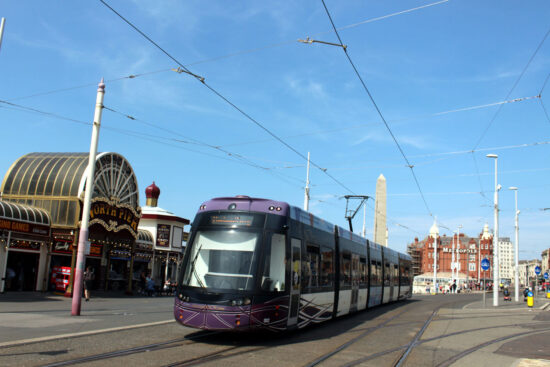 002 demonstrates the wiring on the Prom line at North Pier as it heads north. 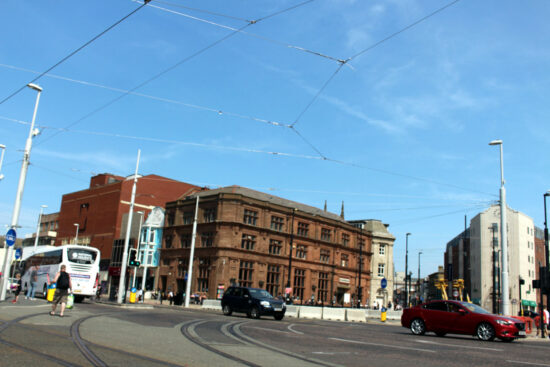 Looking across the Prom road to Talbot Road with the span wires which have already been installed. 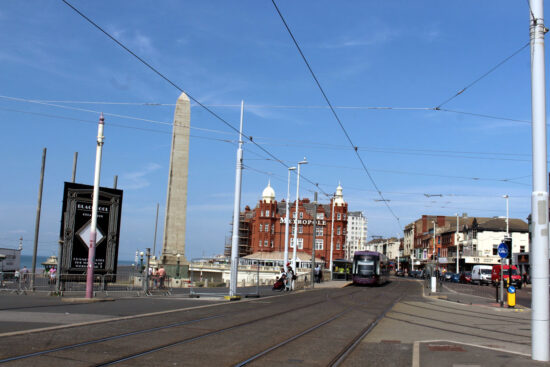 In this view we note the newly installed pole (surrounded by fencing) where the Prom overhead wires are now affixed. 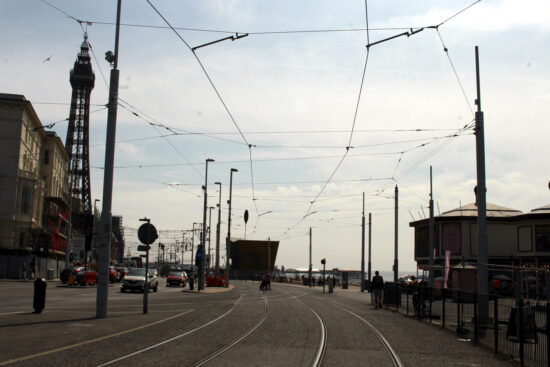 Looking south along the Prom line with span wires for the south curve in place. (Photographs x4 by Tony Armitage, 23rd July 2021) 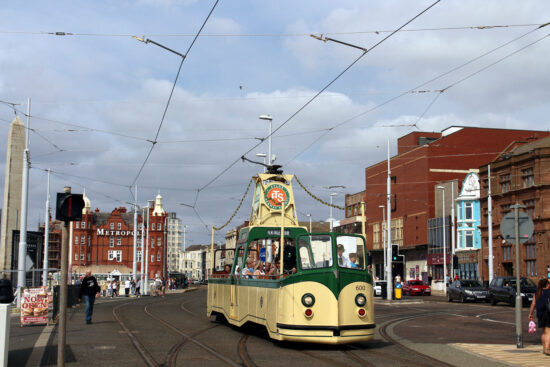 Boat 600 comes under the newly realigned wiring at the junction with the north curve. 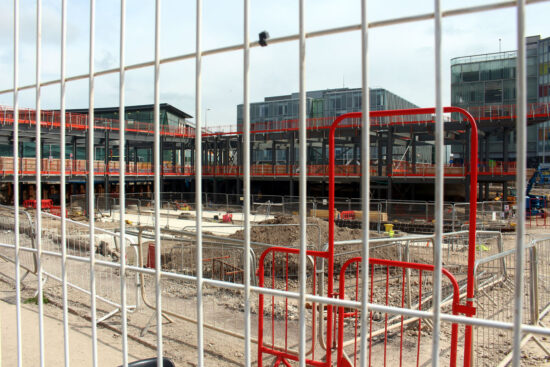 Meanwhile up at the old Wilko’s site little obvious progress with the tram extension has been made recently. This view is looking across to the where the terminus will be. (Photographs x2 by Tony Armitage, 24th July 2021)