We stay in London for this latest edition of “Whatever Happened To?” as we take a look at Metropolitan Electric Tramways 331 which was another of the trams in passenger service during the 2005 Tramathon at Crich.

331 was built as a prototype of the class which would become known as the Felthams being constructed in 1930 for Metropolitan Electric Tramways. With a centre entrance and its distinctive shape, this was a significant departure for trams in the capital  and would lead to a production of 100 similar tramcars although the central entrance would not be seen on any of the others making 331 unique throughout its operational life. Numbered 2168 after the takeover of the city’s tramways by London Transport Passenger Board, the tram would only remain in service until 1936 when it was withdrawn. This wasn’t the end, however, with Sunderland purchasing the car, renumbering it no. 100 and keeping it active until 1951. Arriving at Crich in 1961 it had to wait many years before restoration with work taking place in the late 1980s which saw it preserved as Sunderland 100 running in this condition for a time in 1989. The following year the tram headed back to the northeast for operation at the Gateshead Garden Festival – carrying a special livery for British Steel. Upon a return to Crich it was decided to return the tram to its 331 identity with this completed by 1991. And that is how it was during the 2005 Tramathon.

Looking at the tram today and not much has changed in the intervening years. It has continued to be part of the operational fleet for most of this period, although wasn’t used during 2020 with a reduced fleet required as a result of the pandemic. As a result its last passenger use was 2019. 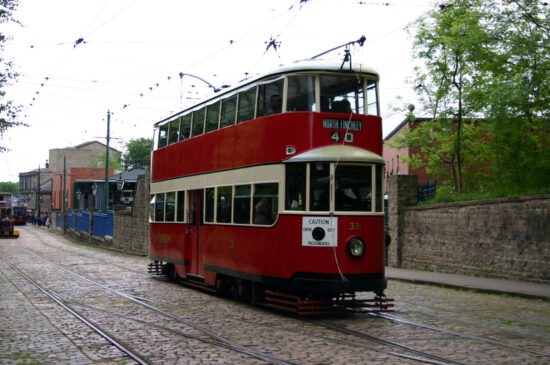 During Tramathon on 12th June 2005 we see 331 just passing the entrance to the depot as it heads up the line. 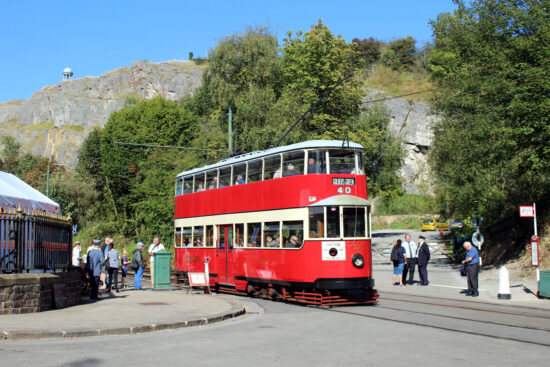 A more up-to-date view of MET 331 at Crich on 21st September 2019 as it heads north at Victoria Park. (Both Photographs by Gareth Prior)