In this edition of “Lockdown Walks” we view the West Midlands Metro again.

The original fleet of 21 Urbos3 trams built for the then Midland Metro in 2013-2015 by CAF were intended as a replacement for the T69 trams, providing extra capacity to the network as well as extra reliability. The first of the trams was accepted for service on 20th August 2014 and by December 2015 20 of the trams were in regular service (17 would follow in September 2016). The example we see below, 22, was delivered on 9th April 2014 before being accepted for service on 27th August 2014. 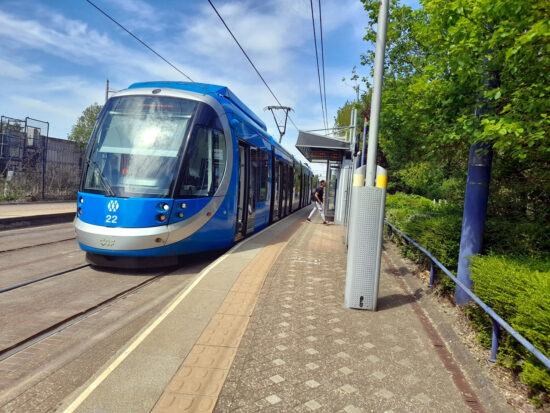 A solitary passenger has just alighted from 22 as it has arrived at Handsworth Booth Street on its way to Library, Birmingham. (Photograph by Dan Noon, 2nd June 2021)