Its time for another “Lockdown Walk” with the West Midlands Metro the location again.

CAF built Urbos3 no. 18 was one of the first trams on the West Midlands Metro to receive full external commercial advertising (along with 21) when it received an advert for Just Eat in February 2019. This would remain in situ until February 2021 when the vinyls were finally removed. They had originally survived a change of base livery when it went full blue from the hybrid livery. 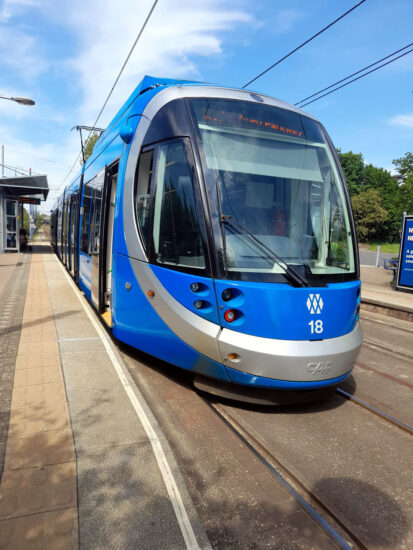 18 at Handsworth Booth Street on the way to Wednesbury Parkway (which was the temporary northerly terminus because a bridge was being removed in Bilston). (Photograph by Dan Noon, 2nd June 2021)