In Pictures: Blackpool 636 at the Ecclesbourne Valley Railway

Posted on Friday 9 July 2021 by Gareth Prior

One of the earlier departures in the great Blackpool tram sell-off with the then impending upgrade of the tramway in mind was Blackpool Brush 636. But unlike many of the other trams which went on to pastures new and a life in preservation the tram was acquired by Stored Energy Technology of Derby who had the aim of using the tram to test an experimental motor and bogie.

Since it moved to Derby at the end of the 2004 season, 636 has been seen in many different locations including back in Blackpool for testing in 2009, a trip to Long Marston and frequency visits to the Ecclesbourne Valley Railway adjacent to Duffield mainline railway station a few miles north of Derby. In recent years it has spent most of its time at the Ecclesbourne Valley Railway where its tests are now thought to have ended with rumours earlier this year that the tram was now surplus to requirements and was being made available for purchase. No further information on that has since been released though. 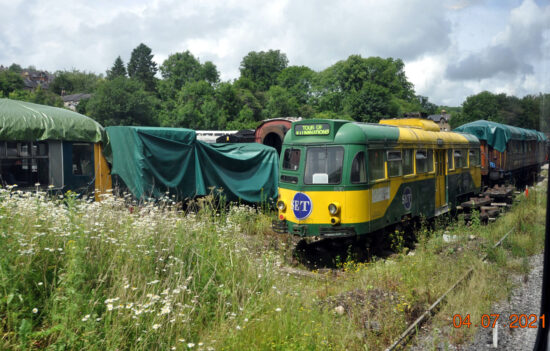 636 is currently stored at the back of the yard and can only be viewed if you catch a train up the incline to Raventsor. This view shows one end of the tram with the destination screen set for “Tour of Illuminations”. 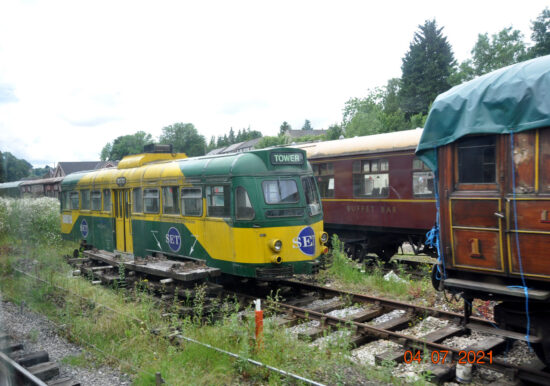 A second shot of 636 – this time the other end – showing the Metro Coastlines livery still in place with the paintwork now starting to fade. 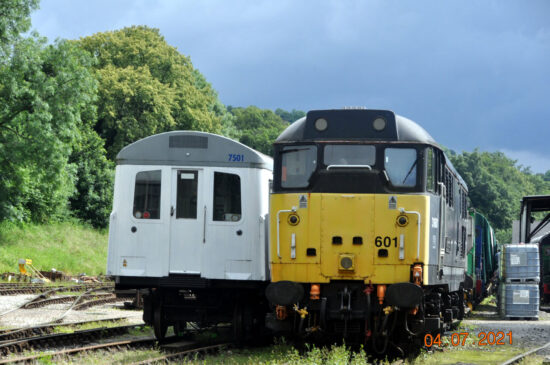 Have we gone mad? There’s not a tram in sight for this photo but there is a tram link! With a class 31 diesel on the right – 31 601 – alongside is some old London Underground stock which is understood to be being used by UK Tram to evaluate different bogies and lithium batteries. (All Photographs by Ken Jones, 4th July 2021)

5 Responses to In Pictures: Blackpool 636 at the Ecclesbourne Valley Railway