Posted on Monday 5 July 2021 by Gareth Prior

It has been six years since Blackpool Works Car 1 (formerly numbered 752 and used as a Railgrinder during its operating career in Blackpool) last ran at the Heaton Park Tramway but plans are now afoot to return the tram to operational condition with an appeal for funds having recently been launched.

Currently any works duties on the tramway are having to be covered by the passenger fleet but in order to protect these trams and to ensure the tramway remains in the best possible condition it is hoped to reactivate no. 1 to perform the role it should do. On top of its main role it may also be used for some TDEs and use on special event days.

1 needs at least one motor overhauled, a rewire (it still contains VIR wiring similar to that which caused the Twin Car fire in Blackpool) and a full rub down and repaint. While many of the skills to complete this work are available amongst the volunteers of the tramway both materials and specialist motor contractors will be needed.

The Heaton Park Tramway are looking to raise £15,000 to complete this work and have launched a Go Fund Me to help them achieve this figure. You can contribute by visiting https://gofund.me/4f54de37. 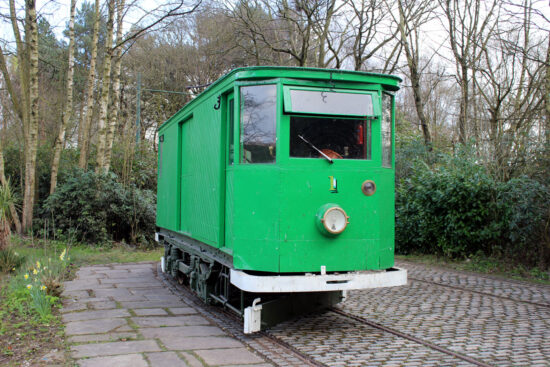 Can you help to return 1 to service? Seen on 2nd April 2017 the Works Car had already been withdrawn by this time but was stabled at old Lakeside during a special event. (Photograph by Gareth Prior)