In Pictures: More track down in Blackpool

Posted on Friday 2 July 2021 by Gareth Prior

Work to lay the tracks to the Blackpool North Railway Station tramway extension terminus are continuing at a good pace as they gradually make their way to the edge of the worksite once occupied by the Wilko’s store. They have now gone beyond the scissors crossover at which point they start to curve round to the terminus. Tony Armitage with this latest update.

The progress on site – which includes the hotel and restaurant for which the building framework is continuing to be erected – is such that it saw a “photo opportunity” visit by key members of the development team this week. Although they were mainly concerned with the hotel building works they did also inspect the works related to the tramway as well.

It has also been confirmed that there will be overnight road closures along Talbot Road from Monday 5th July to allow for the installation of the overhead wires and tram signals. These works are expected to take four weeks to complete. 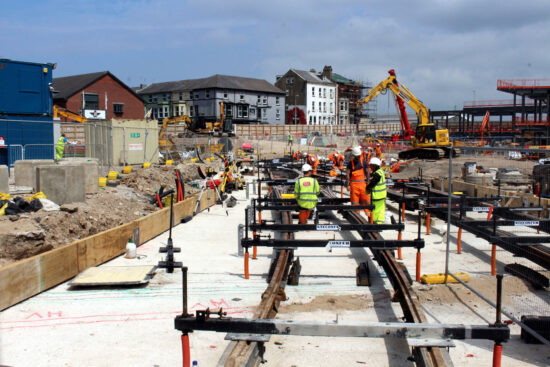 The familiar view from the edge of the worksite showing the track already in its initial position. 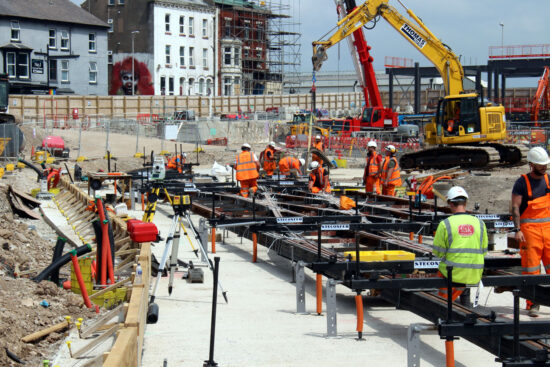 Looking further in and we see the crossover with further track being laid beyond. 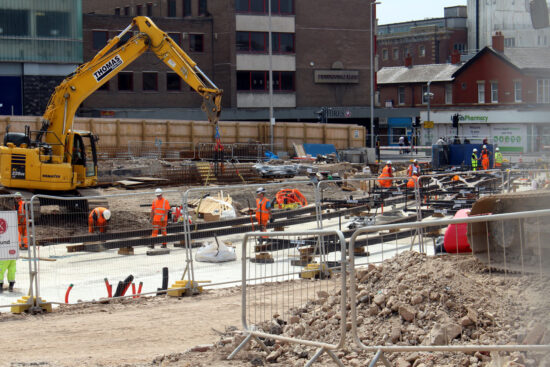 Here we see the curve leading to the actual terminus. The crossover can be seen in the background of this shot. 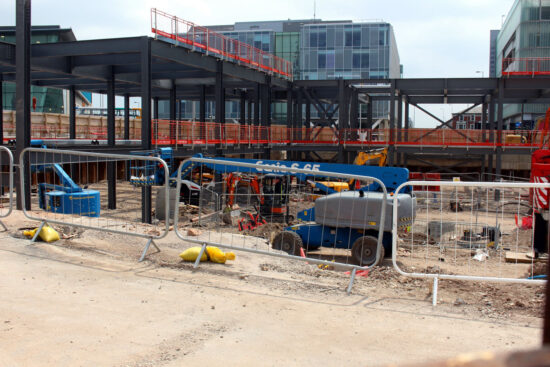 The framework of the new hotel continues to go up as well. (All Photographs by Tony Armitage, 2nd July 2021)