In Pictures: More tracklaying at Wilko’s

Posted on Thursday 1 July 2021 by Gareth Prior

Its another day and another day of progress with the installation of track towards the new tram terminus on the Blackpool Tramway! Following on from yesterday’s look at the first sections of track being laid on the track base we return to the scene again where some further track has now been laid as the rails gets ever closer to the end of the line. Tony Armitage is our photographer once more. 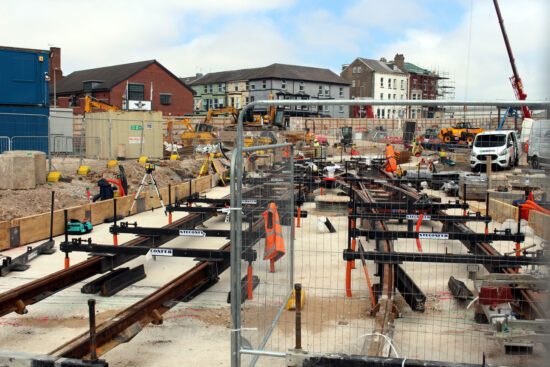 With some extra fencing in the way on the outbound track since yesterday in this view we see the rails which had been put down in yesterday’s update in the foreground. Further along and the scissors crossover has also been installed. 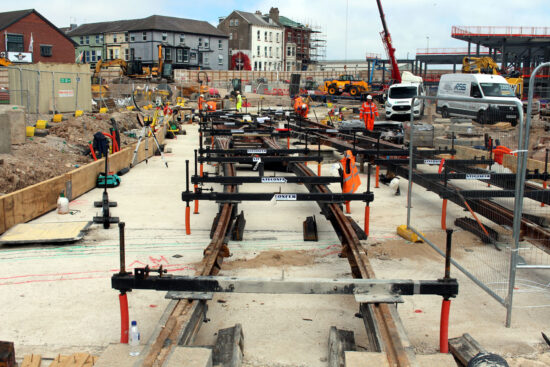 A second image going along the inbound track where we can see the scissors crossover in place while further away from the camera more lengths of rail have also now been put down. (Both Photographs by Tony Armitage, 1st July 2021)