For the final time in this batch we feature Stagecoach Supertram as “Picture in Time” continues.

In the below image we see “celebrity” Siemens-Duewag built tram no. 120 in its Sheffield Corporation Tramways livery. Applied to the tram in 2010 in time for the 50th anniversary of the last tram on the original tramway in the October of that year it was only due to be a temporary addition but as we’ve mentioned many a time before its still in situ in early 2021, making it the eleventh year its been in cream!

Initially being devoid of external numbers by the time 120 was caught on camera at Cathedral on 5th May 2018 it had regained these with the Sheffield Corporation crests also still in situ on the front. The Supertram logo can also be seen on the centre section of the tram. 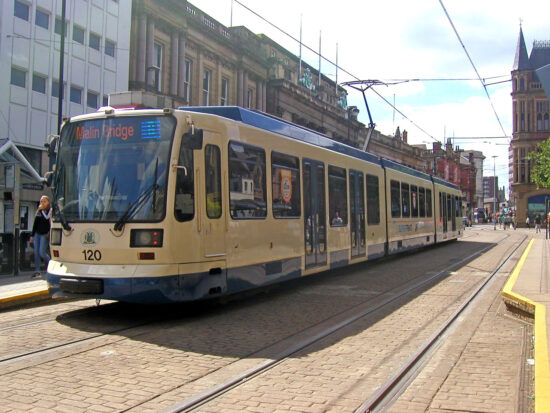