In Pictures: B fleet Balloons do what they were designed for!

Saturday 12th June 2021 – mark the day in your diary as that was the day that some of the Blackpool Tramway’s B-fleet Balloons actually did what they were originally conceived for! That’s right they ran on normal LRT specials! Granted they were running top deck closed which left a fairly limited capacity but at least it’s a step in the right direction! Three of the B fleet trams were used on this day – 707, 711 and 718 – with them operating between Starr Gate/Pleasure and Bispham/Little Bispham.

Recent weeks on social media and in the local media there have been various complaints about over-crowding on the trams (remembering we are still supposed to be under restrictions which includes social distancing with strangers) with the “Sorry Tram Full” destination display again being seen on the Flexity trams as they operate the timetabled service. With recruitment of extra seasonal staff presumably having been delayed by the pandemic it hasn’t been possible to increase the timetabled service and with much of the UK enjoying fine, sunny and warm weather obviously crowds have headed to the coast which has added to the perceived overcrowding on the trams.

Saturday 12th June and to help reduce this overcrowding the three B fleet Balloons were allocated to specials. This is the first time since the 2019 Illuminations (not that there has been much call for it since then of course, what with the pandemic!) when a B fleet Balloon has been used for specials calling at the LRT platforms and could it now be the sign of more use throughout the rest of this year? As well as 707, 711 and 718, Flexity2 003 was also allocated to specials on this day.

The same three B fleet cars were also in use on Sunday 13th June.

Now just wait for the stories of people getting confused as to whether these trams were on normal specials or Heritage Tram Tours! 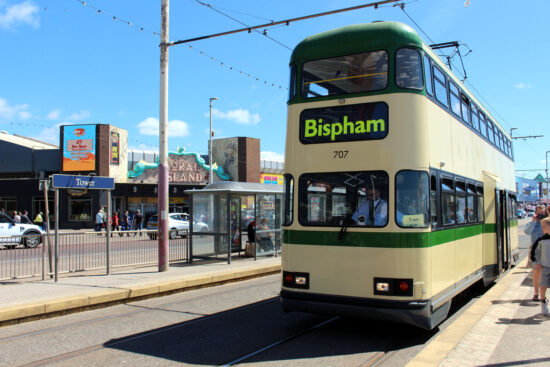 707 calls at Tower with a special to Bispham. Note in the side driver’s window the small piece of yellow paper saying “Tram Full” – the B fleet trams are obviously not as polite when telling people they’re full! 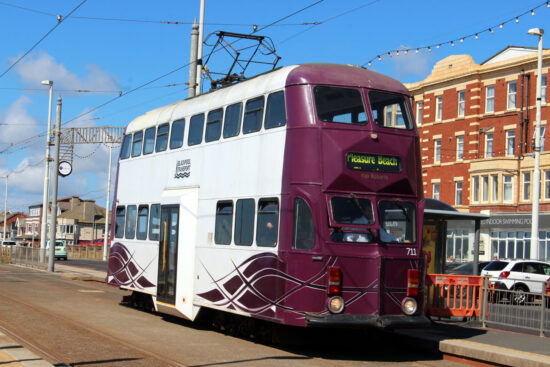 In this view we see 711 at Cabin as it works south to Pleasure Beach. 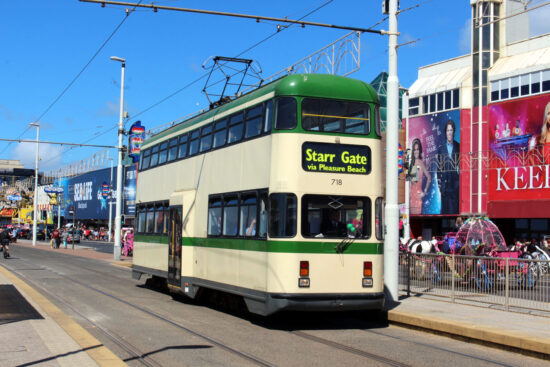 Look at that gorgeous blue sky! 718 at Central Pier on the way to Starr Gate. (All Photographs by Tony Armitage, 12th June 2021)

8 Responses to In Pictures: B fleet Balloons do what they were designed for!