Continuing our run down of those trams which ran at the 2005 Tramathon at the Crich Tramway Village the alphabet has now reached the letter L and that means we feature the first of three Leeds cars which carried passengers – 180.

Leeds 180 was built in 1931 as one of a fleet of over 100 Horsfield cars (so named after the manager of the Leeds Corporation Tramways undertaking Bob Horsfield) and would run up until the end of the tramway in 1959. It was renumbered 189 for the last couple of years after it received the truck of that tram and was preserved at Crich initially with this second number. However, it went back to 180 once it arrived in early 1960. Entering service in 1969 at Crich the tram has been another of those regular performers and by the time of our event in 2005 it had seen some significant workshop attention in 1989 but had settled back into service.

To the present day and Leeds 180 and it did manage to run in 2020 before lockdown hit but has not been commisioned for use in 2021 at the moment. 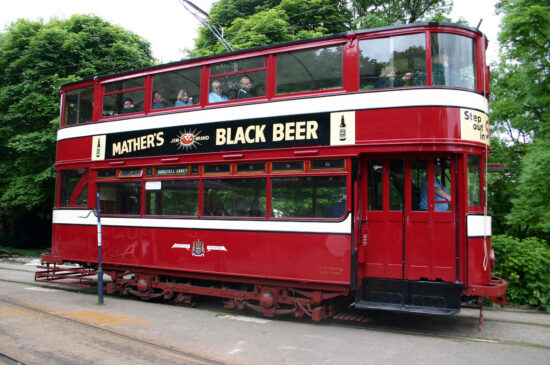 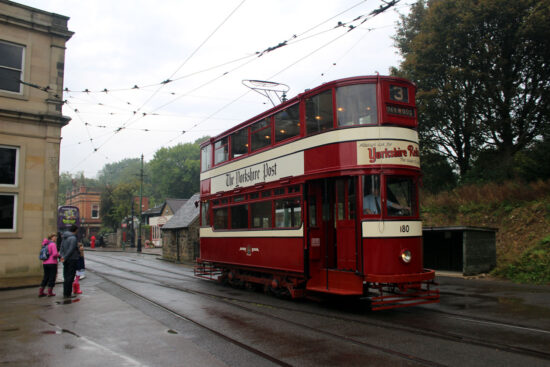 A wet 22nd September 2019 and Leeds 180 is seen again this time as it approaches the Town End loading stop ahead of running a service along the line to Glory Mine. (Both Photographs by Gareth Prior)