Whatever Happened To? Crich Tramathon 2005 – Chesterfield 7

In this latest edition of “Whatever Happened To?” we move on from the Blackpool trams which ran in passenger service and today feature Chesterfield 7.

Chesterfield 7 was built in 1904 and started off as an open topper before in 1919 it received a top cover. Withdrawn when Chesterfield’s tram system closed in 1927, 7’s subsequent history is a familiar tale of sold on for further use – in this case as a holiday home – and then eventually rescued for future restoration. Having been purchased by the Tramway Museum Society in 1973 it was going to be another 20 years before a start would be made on its restoration with the tram returning to service in 1997. So, but the time we see it at the 2005 Tramathon it had firmly established itself as a regular member of the operational fleet.

Since then and 7 has continued to be in regular use, including in 2015 when it was used as a “Recruiting Car” to show how some trams were used during World War I to encourage men to sign up for the war effort. 7 was one of the trams which was commissioned for the 2020 season seeing use post-lockdown and has already run in service during 2021 too. 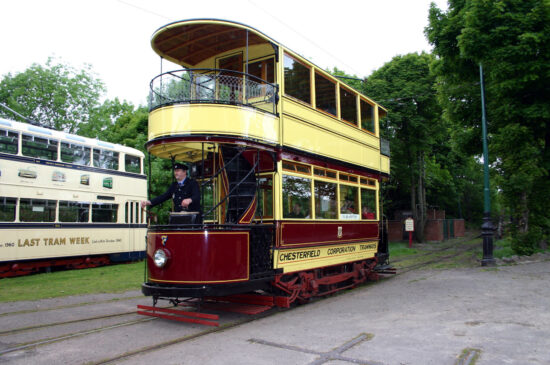 Chesterfield 7 arrives at Wakebridge during the 2005 Tramathon on 12th June with Sheffield 510 just seen in the siding on display. 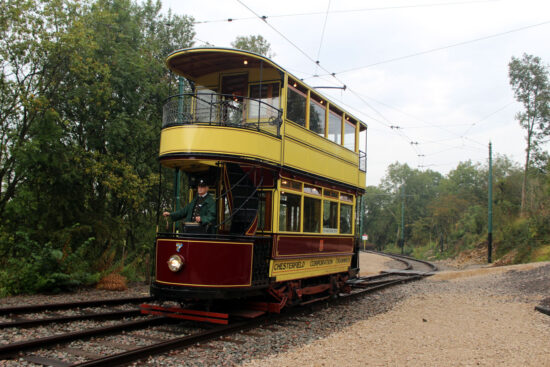 22nd September 2019 was the second day of a special event to mark the 60th anniversary of the Crich site as the home of the museum with Chesterfield 7 allocated to service. Here we see it at Glory Mine having just reversed and now pulling forward to wait for the single-line token. (Both Photographs by Gareth Prior)