Posted on Wednesday 5 May 2021 by Gareth Prior

In this edition of “Still Standing!” we feature something which was one used on a tramway although where it stands now isn’t where it was when it was! We’re heading up to Edinburgh again.

We have previously featured the Cable Tramway in Edinburgh which was originally operated by Edinburgh Northern Tramways before eventually becoming part of the Corporation Tramway network and this time round we take a look at a couple of the pulleys which were once used to run the cables which the tramway ran on. The complex operation of the cable tramway – it is said to be the most complex cable tramway to have run in the UK – required these pulleys to be in full working order to allow the trams to move along the route and during the redevelopment of this area which included the old depot façade being incorporated into a new office building for Scottish Life Assurance these were put on display to show people just how public transport was controlled at the turn of the 20th century. 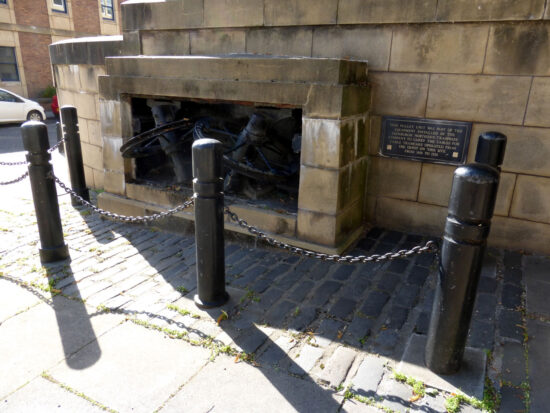 The relocated pulleys are seen here situated in this alcove by the Scottish Life Assurance building. 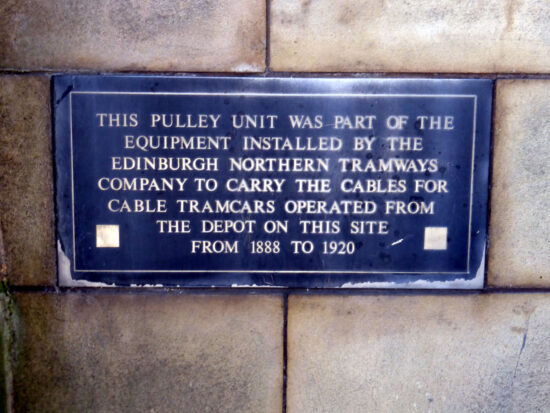 The all important plaque to tell anyone who’s interested just what those strange wheels in the alcove are! (Both Photographs by John Hampton)